The Over Ponder Ep 14: The NFL Dropped The Ball 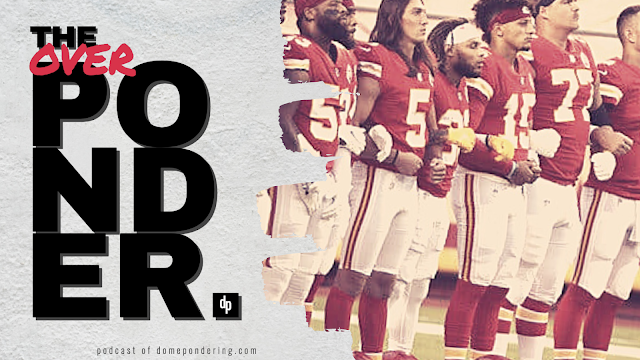 The NFL has missed so many opportunities - many of them, easy decisions - in getting a handle of social justice responsibilities (or even public relations maneuvering) in the current climate. Some would say that the rise of Colin Kaepernick served as a catalyst for others to use sports as a platform to close the gaps seen in society - a rise the NFL allowed to happen through inaction. This episode takes a look at the NFL's latest attempt to "do better" and how the recent action of boos by its fanbase has exposed a fundamental conflict of a league trying to adhere to civil empathy, do good by its players, but still, serve the good ol' boy leadership of its league.