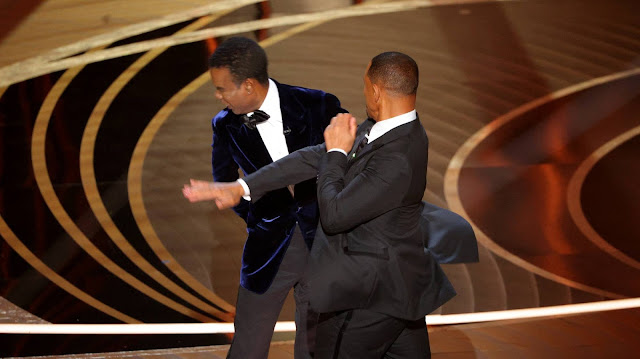 1. Ketanji Brown Jackson - I didn't know much about Jackson until she was nominated by the President - probably, much like every other nominee in my lifetime. However, watching a black woman on that stage, there was something so incredible to the poise and emotional control she showed this week. In responding to embarrassing questions (some just outrageous), she had such powerful energy, an incredible disposition, and enviable poise.

Yes, it was also a mirror of just how much more people have to give (and take) just to reach specific heights. And also yes, that photo of her daughter smiling over at her mom was my favorite thing this week.

1A. Cory Booker - He gets this for not missing the moment. For a moment, I didn't care about his politics, his words, and that moment was just awesome. Good job by Booker.

2. Innocent DeJesus Brothers - This is a WILD story that I took the time to read this week. I can't even begin to fathom being locked away for over twenty-five years for a crime I did not commit. Prayers up to the DeJesus brothers.

3. CODA for Best Picture - I haven't seen it. I'm probably two-to-three years behind on Oscar-nominated films at this point. I've reached a threshold of it ain't on Netflix, Amazon, or Peacock, I likely won't get around to it. Eh, take in my shoulder shrug.

However, the CODA win is a HUGE deal for inclusivity and the community of deaf actors, producers, and talent in Hollywood. I'm here, there, and everywhere for that.

1. Supreme Court Integrity - Besides the fact that I've now experienced (with knowledge and awareness as an adult) three nomination hearings over the past few years, not only was this week another embarrassment, but we also get the great news that current life-time job holder, Clarence Thomas' wife, Ginny Thomas, attempted to push an overthrow of the 2020 election.

Really?!!!! I'm shocked, but really, not surprised. Are we just living a realistic rendition of Shonda Rhimes' Scandal?

2. China Eastern Airlines Crash - Airplane crashes are always tough. Stories like this where the pilots are experienced and even officials are unable to find reasons is especially so.

3. War in Ukraine - It goes on. The wackiness of tonight's Oscars I'm sure will displace the news coming out of Ukraine. However, the images of completely demolished cities and communities, scenes that look straight out of an end-of-the-world film, are a stark reminder of the world's reality.

As I write this, Twitter is already ablaze, and I'm sure society will completely break it down for the next few days with opinions, overactions, and memes.

Vince McMahon better get those two on the phone tonight - Wrestlemania is one week away...ah forget it.

One last thing - how awkward was that slap?

2. Ashleigh Barty Retirement - Imagine being the best in the world at what you do, at 25(!), and then saying, "yeah I'm good". Sooooo much props to Barty for walking away from tennis. There is a tremendous amount of courage and confidence there.

1. Pujols to Cardinals - This is just one of those sports stories that needed to happen.

Will Smith smacks Chris rock on stage at the 2022 Oscars.