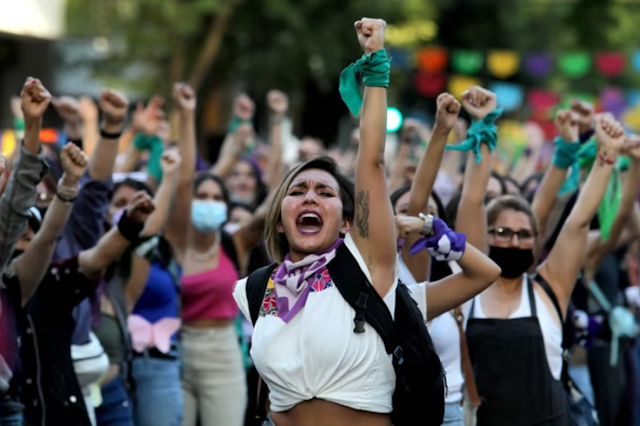 1. Paralympics - The courage of the athletes competing in the Paralympics is amazing! However, have you watched some of the competitions? Some of these athletes - regardless of disability or ability - are just outright phenomenal at what they do. Shout out to all of the individuals who competed for the past two weeks.

2. MLB Returns - Well, well, well...look who finally got their act together! So, we're going to get a full 162-game season after all, and the next few weeks are going to be interesting in regards to roster moves.

For what it's worth - I'm not a huge fan at all of the new 12-team playoff format.

3. jeen-yuhs - Look, you can have the opinion of Kanye West that you have, but I urge you to watch this trilogy documentary on Netflix. Not only does it give you insight into his grind, and his outstanding talent as a producer, rapper, and overall, creative artist, from the very beginning, but it opens you up to the relationship he had with his mother, and how it obviously has impacted his life and career.

3A. Coodie Simmons - So much props to this dude on beginning to film Kanye at the age of 19, taking a chance on someone he knew was destined for greatness - and of course, always being there for Kanye.

1. War on Ukraine - Now we've got bombs and terrorist-like attacks. The catastrophe continues to pile up, and despite the world leveraging Russia however they can, all of it continues forward. The images are so incredibly sobering of how fragile life is.

2. Gas Prices - These prices are insane. That's all there is to it. Absolutely bonkers.

3. Census Undercount - Reports are now coming out that the 2020 Census results are now believed to be skewed, undercounting Black, Brown, and Native American residents, and in some areas, overcounting white and Asian-American individuals. This, of course, comes from the overall numbers that show the country is browning more than ever - which probably means it's even more so than originally thought.

The bad? So many communities that need the funding based on representation will not receive those resources for the next few years based on this incorrect data.

1. Brittney Griner - Obviously a terrible story...and a very peculiar one considering the timing here. Griner has been imprisoned for nearly a month now and no one knows her whereabouts. What is going on?!

1. Two Years of a Pandemic - Here we are two years after the world shut down, literally. We're still in this mess (when is the pandemic officially over? Like, for real...), but it's rather amazing how much we've all changed since then.

Women take part in a demonstration to mark International Women's Day in Guadalajara, Mexico, on March 8, 2022.