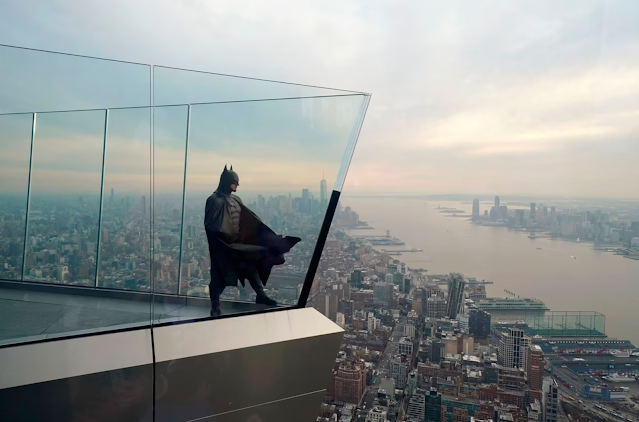 1. Bismack Biyombo - I admit it, it's one week too late from when it really happened (and I forgot it last week), but the news somehow made the rounds this week as well, so I'm making it work. Nonetheless, Biyombo donated his entire $1.3M salary toward rebuilding a hospital in his hometown in Congo. That's the kind of action that is more than lip service - love it.

2. The Batman - I haven't seen it yet. Nonetheless, the new film on the favorite caped-crusader past $300M at the box office. That's pretty awesome.

3. March Madness - Gotta love it. It's always awesome to watch basketball non-stop - nothing like it. Even with that said, the tournament this year has been great with so many deserving programs getting some love and enjoying success.

3A. St. Peter's University Athletics - Yes, a local team, so I'm naturally in. However, as someone who works in college athletics, I love seeing programs, coaches, administrations, and communities, beyond the usual suspects, who get this kind of reward.

Shout out to Coach Shaheen Halloway who has these boys ballin'.

1. Ukraine Civilians - I really dislike throwing this is in the top spot of the "down" section every week - but it's where we are in the world. Rather than just focus on "the war" on a larger scope, I wanted to shed some focus on the hundreds of innocent civilian lives lost so far. Ukraine citizens, all of the immigrants currently trying to get out, or as we've seen this week, those over there covering the story, there are just so many lives are being lost, pointlessly.

2. Texas Crash - This story broke my heart. Again, as a college athletics administration, this is the kind of stuff that worries you, and this crash has all sorts of heartbreak all over it.

3. China Lockdown - China is on lockdown due to a new - yes, another - variant. I'm not sure we can do another round of this...

Daylight Savings Time Bill - The Senate just passed a bill to make daylight savings time permanent. I'm just confused on why we ever had this be a thing?

Cosplayer Dom Charland, dressed as Batman, poses for a photographer on the Edge, a sky deck in New York City's Hudson Yards, on March 10, 2022.