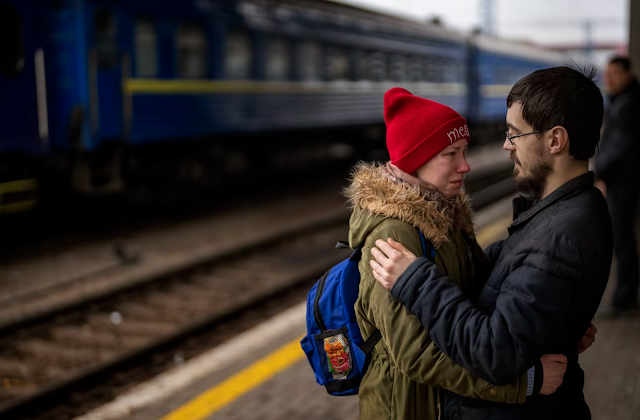 1. State of the Union Address - I really liked the speech - I really did. I wasn't expecting much as I've become "eh" on the Biden Presidency, but his address really pulled me back in - not completely, but just enough to have me sort of believing. I especially enjoyed the clarification of certain talking points which did unify and clarify mistruths from the election, and of course, put an end to party rhetoric (i.e. position on defunding the police, COVID mandates, etc...) for now. Good stuff all around - props to President Biden.

2. Houses Passes Bill for Lynching as Hate Crime - It took over 100 years to happen, but we finally were able to get it done in making lynching a hate crime. Makes you wonder why it took so long...Nonetheless, the naming of it after Emmett Till is a nice nod not just for the bill, but so that we don't forget the past.

3. Russia Suspended from FIFA and UEFA - Remember when some were saying sports and politics shouldn't mix - or has never been a mix? Of course, they were wrong because sports and politics have always intersected. But it's decisions like this that show the political power of sport. It won't stop Russia - because the world continues to isolate them and they continue to move forward, but it's good to see FIFA doing something noble for a change.

1. War on Ukraine - The stories of those who have died are the hardest...just innocent people...ugh.

2. Black and Brown People in Ukraine - Over 1.5 million people have already migrated out of the country. Reading (and seeing some of the videos) of so many people of color in Ukraine being forced to wait is tough. Also, coming out of this has been the image in how our media views "refugees", and how the terms and acceptance are different because of the people fleeing. It's such an unfortunate result of this whole ordeal - but of course, it's there.

3. Major League Baseball - For years, baseball couldn't make the necessary changes to progress the game. Now, they can't make the decisions to save the sport. All of it is ugly and embarrassing, especially now that the clock has started on the number of games that will be missed.

I have. a sneaky suspicion that this CBA will include such wacky changes to the game, that it will be viewed as radical. Maybe too much change at once? Again, MLB - owners and players - did this to themselves. They really need to earn the fans trust back. Baseball ought to have something planned just for fans coming out of this.

I'm not sure what the "options" are that can save the game?

A couple says goodbye before the woman boards a train bound for Lviv, at the Kyiv station in Ukraine on March 3, 2022. Ukrainian men have to stay to fight in the war as many women and children seek refuge in neighboring countries.