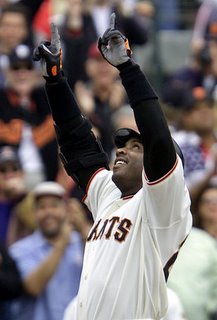 Jason Grimsley? Wait, lets back up one minute and analyze this again. Jason Grimsley? Yes, the beloved former Yankee reliever and MLB journeyman has been exposed as a cheat. It has been all over the news and sporting world and discussed with it's potential ramifications on the game of baseball. Many claim that MLB is in trouble and this situation will not go away.

They are correct, but not entirely.

The fact of the matter is that this situation regarding steroids, HGH and any other performance enhancing drugs is a plague on not just baseball, but the entire sports world and the culture that it creates.

Reports claim that Feds questioned Grimsley regarding their investigation of the illegal substances and requested names. In agreement and quick cooperation, Grimsely spewed out names in fear. Grimsley squeeled like a grade-schooler threatened with parental phone call. He told enough for investigators to move along in this ever-evolving case. Names were not released, but many feel they are essential towards the progression of this investigation.

Granted that much of this whole ordeal is a big mess wrapped up in a whole lot of illegal activity, the question remains, what shall we do now? Bonds continues to be the coverboy of what seems to be the entire force of cheaters in sports. He remains an on-going drama, a villain almost, of a compelling storyline in an epic drama of performance enhancing drugs. He is that guy. His presence now moves from being the leader of all cheats in baseball, to king of cheats in sports. The Feds want him, and they proved it with their failed attempt to lure him in with a wired Grimsley.

With 716 homeruns on his resume, it surely doesn't help baseball.

However, this is bigger than baseball. This has become an investigation that ranges across all sports. MLB made great strides towards strengthening their drug testing policy. With the sudden breakout of specific stories, Bud Selig is pursuing this problem and doing whatever it takes to remove the evil that is cheating, and restore integrity to the sport that we love so much. Regardless of what is publicized, MLB is making attempts.

Grimsely is experiencing that with his 50 game suspension.

Nonetheless, immediately after word broke about Grimsley's situation, the National Basketball Association and the National Football League refused to have blood tests for HGH. It is understandable that sporting leagues have to cater to unions and regulations. However, a sanction to not only clarify, but keep the innocence of their game is not important enough to review. There is something wrong with that. However, baseball remains at the forefront because of the Canseco book, Bonds' pursual of the homerun list, and now worldwide star - Jason Grimsely.

There is something definately wrong with that.

And the question remains, what shall we do now? The answer - take it all in. Yet, treat this situation fairly amongst all.

Drugs are slowly strangling the american sports culture. Afterall, there are many people in other sports whom we can assume are on something not served in your local pharmacy. Afterall, in this era of performance enhancing drugs, you are guilty until proven innocent. Not just in baseball, but everywhere.