September 23, 2007
After 15 years as a San Francisco Giant, Barry Bonds will part ways with the organization and city which has supported him and cherished him with unconditional support. The city of San Francisco has not only been a home to Bonds, but a safe haven from doubt, speculation, controversy, and criticism. Bonds has returned the favor, representing the city and putting it over every opportunity he had. San Francisco is his city. 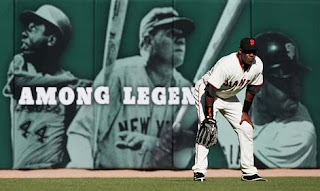 However, the Giants, who are in dire needs to rebuild, and rebuild young, will move on leaving Bonds without an organization and city that he is used to. Bonds, a figure that has not been shy to voice his opinions (as bold as they may be) to the public, must now seek a new home to continue his career. A new home to niche his craft. A new home to pursue not only 3,000 hits, but a World Series ring that has eluded him for his entire illustrious career.

As debate begins on where Bonds will land next year, and who might be interested, the hot stove will be busy with rumors. In his search for a new home, Bonds will yes, be looking for a place close to home. Yes, a place where he can play everyday. Yes, a place in the American League. However, with Bonds' track record, Bonds needs to find a place where he hasn't alienated the city and fans - a place that may not exist.

Before he can chase 3,000 hits and a championship, Bonds may need to chase fans and others he's overlooked for his entire career.

A chase that looks practically impossible.