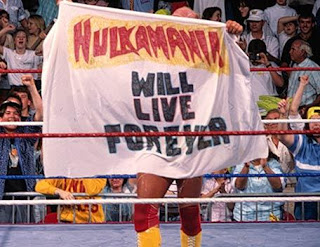 Terry "Hulk Hogan" Bollea has had quite a rough stretch lately.

This has not been a secret as the "Hulkster" has seen his life crumble before him as if he were in the fist of the late great, Andre The Giant. Hogan has experienced the canceling of his TV show, Hogan Knows Best, a messy and public divorce, various scandals regarding his newest lady Hulkamaniac, witnessing his son being sent to jail, and a potential life altering lawsuit. It's been very rough to say the least.

Many have sympathized with Hogan, and have shown their support for him in many ways. Although, any individual experiencing such a downward spiral deserves sympathy and support, this situation has been coming for a long time. It was as obvious as the finish to any of Hogan's matches or any major wrestling event in the late 80's-early 90's. Except this time, the finish was very different. This time, Hogan is the one that has been defeated.

As the old saying goes, what goes around, comes around.


Hogan, arguably the most successful and well known professional wrestler in the history of the industry, has never given back to the industry that has helped make him the superstar that he has become. Some in the professional wrestling circles have drawn comparisons to Jose Canseco. Hogan chose to take the path of being "bigger than the industry" and sometimes even tearing it down. He has never helped develop new talent or done as much as help make the next Hulk Hogan. He has always claims that Andre helped make him a superstar via their Wrestlemania III match. Which begs the question, who has Hogan helped?

Now you may be saying, "that's pretty shallow to base his troubles on him not giving back to the wrestling industry", but Hogan has other strikes against him that have marked him as a man. Hogan's stunts regarding exploiting his family and kids via his reality (fake) show on VH1, lack of respect for the Graziano Family (who now has a family member forever in a vegetative state), cheating on his wife, and his latest comments to his son in jail on planning a new reality show once Nick Bollea is released, are examples of the extent Hogan has stooped to. Amongst his peers, Hogan has always been seen as an egotistical, selfish, human being that has been wrapped up in Hulk Hogan, and not Terry Bollea.

Fame is an addicting drug.

The hatred for Hogan is pretty transparent by yours truly, however, no man deserves what he has gone through. He has experienced more than one individual should be able to take in such a short amount of time. The strength he has shown to hold up and face it all-I tip my cap to him.

He certainly doesn't deserve this. After pony backing his legacy as a wrestling superstar, which has almost been elapsed by the recently retired (and greatest wrestler of all-time) Ric Flair, Hogan has officially lost it all.

Yup, Terry Bollea didn't deserve this. However, we all saw it coming. Every single one of us.

For the first time in his life, Terry Bollea should be the one who is asked, "What's he going to do, when the foundation of Hulkamania he laid for his entire life, comes crashing through. Brother."