Alive, Well, & Healthy: The Survival, Recovery, and Future of MLB 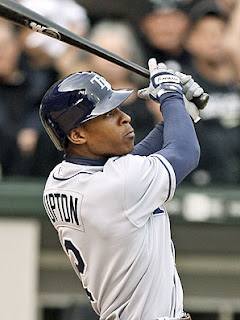 Major League Baseball has seen an increase in Black participation for the first time since 1995. According to the Associate Press, black players accounted for 10.2 percent of Major League Baseball players, up from a dwindling 8.2 percent in 2007. The percentage of black pitchers also increased from 3 to 5 percent, as well as black infielders, from 7 to 9 percent.


Major League also received other positive news, grades, and stats regarding diversity, and their game:

Increased of minority employees in commissioners officer from 28 to 34 percent.

Overall, received a B for gender hiring, and an overall grade of B+ for diversity. Up from the B- in 2008.

With the celebration of Jackie Robinson, his life, and his accomplishments last week, baseball is prepared to move forward for the future. And with the growth of diversity throughout the game, that movement is poised for a lengthy and successful run due to several key elements coming together for the game.

The first element that was immediately fixed, was the marketing of the teams, and players. Major League Baseball has been criticized for the past decade for how it handles the images of its players. In the past three or four years, MLB has begun focusing on promoting its stars, especially its stars of color. It also worked out that players such as Jimmy Rollins, Albert Pujols, and Ryan Howard have played on the game's biggest stage along with rising stars in BJ Upton, Carl Crawford, and David Price.

The second key element is the modernization of the game. In the age of iPhones, flat screens, and various technology, our society demands a certain pace that if not met, causes you to become outdated. For a game so rich in tradition, history and lure, baseball struggled to find its niche in preserving history, while moving forward and keeping the game fresh. It is what the National Football League does so well which makes it king. However, with the addition of a two tiered playoff system, parity throughout the league, instant replay, brand new stadiums, television coverage of the draft, growing coverage of the NCAA College World Series, and a more entertaining product, baseball has indeed reinvented itself. When Commissioner "Bud" Selig says, "The game has never been more healthy", he is indeed telling the truth.

Finally, the last key element that has come together for MLB is the addition of the World Baseball Classic. Despite it's critics here in the United States, the WBC has done wonders worldwide in expanding the game, and exposing the greatest talent on earth. It gives the game an international dimension that not even the mighty NFL can boast about.

Baseball has come a long way from the strike of 1994. It has gone through it's trials and tribulations with performance enhancing drugs, narcotics, irresponsible financial decisions, declining minority participation, grand jury testimonies, and fallen heroes. Yet, it has rebounded, recovered, and reshaped it's direction, and the future of the sport.

The final element for MLB would be a key figure along the likes of Tiger and Lebron, but that remains to be seen, and that pedestal remains void.

Nonetheless, the sport is on its way. After surviving, and recovering, through modernization and diversity, MLB is alive, well, and healthy. And it's future looks bright. Really, bright.