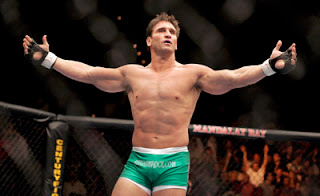 It seems every time the topic of steroids is phased away and stamped as being a thing of the past, or regarded to as "another era", the more it is revealed that performance enhancing drugs is an issue larger than we can even imagine.

Those who have been allegedly accused of using performance enhancing drugs or have been caught using the illegal substances understand the repercussions that come with being associated with them. From BALCO, to the Mitchell report, to congressional hearings, to leaked names, to the suspicions, and to the lesson that was A-Rod-gate, professional athletes, fans and society know that steroids can, and will ruin you.

And as much pressure as there is to take steroids in order to compete, in order to hold that spot, and to hold on for that one last big run, in the end - it's still not worth it.

Yet, "The World's Most Dangerous Man" and member of the world famous Shamrock mixed martial arts family, thought it was. On March 13th, 2009, Shamrock tested positive for steroids before his fight against Bobby Lashley, and was suspended until January 2010.

After seeing so many downfalls, and having so many examples to learn from, one must beg to ask Ken Shamrock, Why? 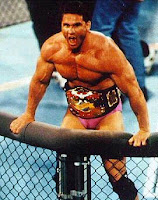 Coming of the heels of another big "Why" in Alex Rodriguez and his stint with steroids, many are wondering the same with Ken Shamrock. Both are regarded as one of the best in history in there profession. However, unlike Rodriguez, Shamrock is at the end of his storied and prolific career. Some may argue that Shamrock's career is indeed overdue for retirement, nonetheless, his choice of timing to dabble with the devil's drugs has the entire mixed martial arts world baffled.

Shamrock, known as one of the founding fighters of the UFC, and one of the greatest to ever grace the sport, had a legacy that would have been incomparable. Unlike other sports which have decades of history and thousands of players, mixed martial arts is currently seeing its rise from fad, to phenomenon, to mainstream, and Shamrock would have, and could have been the catalyst for that growth.

Shamrock could have fought until he retired, enjoyed the big send off, and stay involved through training and the mentoring of future fighters.

Shamrock could have been the Babe Ruth of mixed martial arts.

It's a moniker he's earned. One he deserves.

Despite the instinct and urge of every fighter to continue competing late into their careers such as, Frazier, Ali, and Foreman, they were always remembered for their contributions, greatness, and most of all, their heart. It's understandable, once a fighter, always a fighter. For in the twilight of their careers, they walked that fine line between selfishness and respect.

Shamrock crossed that line. In result, he might be forced out of the sport he helped build in a shameful way.

In an interview with MMA Nation, Frank Shamrock, Ken's brother and fellow historic fighter made the following statements regarding his brother:

"You can tell he's cashing checks. He's not bearing his soul, he's cashing checks. Fighting is a lot of ego, and that's okay. But you got to walk a fine line between what's ego and what's reality. And Ken's ego unfortunately passed way into his reality and now it is his reality. I'm 36, I'm pretty broken and I see the end coming. Ken doesn't see the end and it's just silly"

He's desperate to hold on? Okay.

Shamrock used steroids, and lost his entire legacy in an attempt to win one last last fight.

The better question to Shamrock and all steroid users might be, is it worth it?