Today marks twenty nine days until the frenzy that is the 2010 free agent class begins. And with  the greatest and most impactful free agent class in the history of the NBA comes the mania that is LeBron James. Where will he go? Who will he go with? Everyone seems to have an opinion, or answer, depending on who you ask.

With July 1, 2010 within sniffing distance, the speculations, rumors, and “confirmed” stories will kick into high gear. Already today, we have heard that James stated in an interview with Larry King set to air this Friday that his home team of the Cleveland Cavaliers have the “advantage” in (re)signing him. All of this on the heels of hearing that all of the top free agents will have some sort of “summit” before free agency begins.

Does James’ statement change anything?

In fact, if you ask Chris Broussard of ESPN, it’s been a lock since being eliminated by the Boston Celtics that LeBron James was on his way to Chicago to join the Bulls. Look, everyone has their point of view. Personally, I believe LeBron James has known all along where he is headed, or staying, I just don’t know where.

However, I do know that every “expert” that hangs on every single word and statement made and can make decision on his destination is crazy. Bottom line.

No one other than LeBron James and perhaps his closest confidants know where he is going.

Everyone deep down inside knows this. And while I understand the fun in guessing, the truth is – no one knows.

Well, in the spirit of fun and, yes, satire, the DP will look at the potential options, and all of these crazy rumors for LeBron James in 29 days. 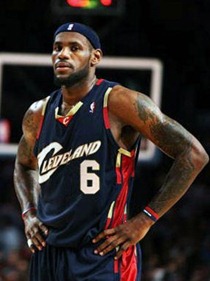 Other reasons include staying true to his promise of bringing a championship to the city of Cleveland and keeping his legacy with one franchise.

He will not sign here because…well its Cleveland. It’s been seven years and there has been one finals appearance. If he resigns, he most likely will be stuck with Mo Williams and Cleveland’s number one enemy right now in Delonte West for years to come.

He will sign here because…it is New York City! The biggest stage in the world and home to the “mecca of basketball” Madison Square Garden. Here, he will have the chance to help rebuild a franchise along with any other “max star” of his choosing. The opportunity to earn millions of money, and the chance to own the city.

He will not sign here because…of the unpredictability. While New York is a big stage, going there does not ensure a championship. James will have a say in the constructing of a new roster, however, doing so will also make him a villain in Cleveland, and a bigger bust in New York City if he fails to bring this city a championship.

He will sign here because…Jay-Z is a part owner and his homeboy. And oh yeah, he has aspirations to be a billion dollar athlete. With Russian billionaire, Mikhail Prokhorov, as the new Nets owner and a move to Brooklyn in two years, LeBron has the opportunity to be part of something special.

He will not sign here because…it is more unpredictable than the Knicks situation. The team is in a transition period, and with seven years already gone with no titles to claim as his own, New Jersey may not be the best option. Plus, it’s the New Jersey Nets.

He will sign here because…Chris Broussard says so! Yes, Broussard is my biggest target in this entire post. Nonetheless, ever since he claimed James was locked for Chicago, the Bulls have become the “favorites”. Of all the teams that offer cap room this summer, the Bulls without a doubt have the most available and ready talent to surround James. Plus, James grew up a huge Bulls fan during the MJ years.

He will not sign here because…who wants to be in Jordan’s shadow? If he signs with Chicago, James will be compared to Jordan in every awakened moment. While that could be flattering, the pressure of knowing you are the “second coming” instead of the original is not what a potential all-time great deserves. Plus, has anyone thought about how conflicting Derek Rose and James would be in a system?

Possible, But No Chance of Happening 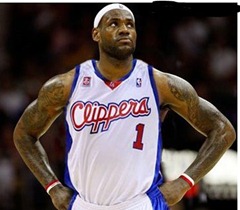 He will not sign here because…it’s the Clippers. A smart businessman/athlete such as LeBron James will never sign to play for an owner such as Donald Sterling. Also, if playing under the shadow of Michael Jordan’s legacy is not appealing, playing second fiddle to Kobe Bryant in his town will definitely not be.

Rumors That Are Absolutely Untrue 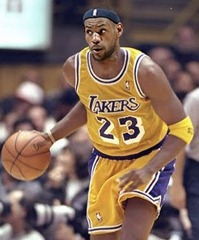 He will sign here because…it pretty much will assure him a ring.

He will not sign here because…he can’t. No cap room. And Cleveland will be labeled as the most idiotic franchise in the world to do a sign-and-trade involving James.

I Can’t Believe These Rumors Are Even Created 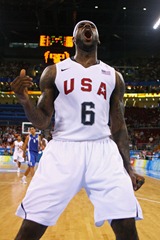 Theory: Lebron James will ultimately focus on business and becoming a billionaire while being completely devoted to Team USA for his entire career. He will become a national spokesperson for basketball. 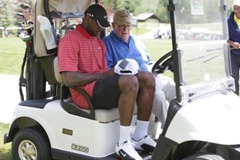 Theory: As seen in this picture, James will decide to focus on golf and his relationships with billionaires such as Bill Gates and Warren Buffett to increase his overall worth quicker.

Theory: LeBron James will focus on developing a nationwide brand of camps, fitness centers, and recreation outlets across the world. 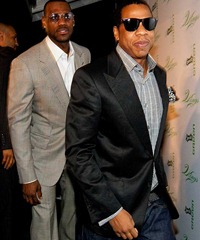 Theory: LeBron will take a year off to focus on an upcoming released album with Jay-Z. Some believe it will lead into his comeback with the Brooklyn Nets.

Theory: Like Michael Jordan did with baseball, James will take a few years off to play football with the Cleveland Browns. July 1st will be a shocking disappointment as James will announce his departure to the NFL for a couple of seasons. 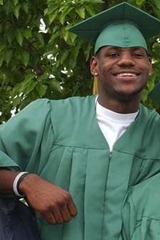 Theory: LeBron James will take the year off to become acclimated to college life. After two years, he will sign with the Brooklyn Nets where he will by then have a Bachelors Degree – which of course, will be in finance.

As July 1st gets closer, we can expect the stories, rumors, speculations, and “expert analysis” to become crazier and crazier.