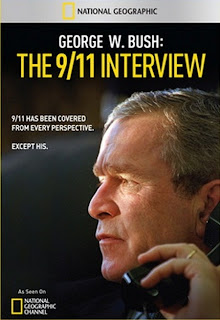 George W. Bush has a reputation that is not flattering. In fact, the former President of the United States of America is often the butt of many jokes by Republicans, Democrats, conservatives, liberals, independents, right and left wingers, and well, just about every red-blooded American in the union.

The former President has never portrayed a sense of charisma, style, and/or grace that former likeable presidents have shown. Not to mention, he is one of the poorer public speaking Presidents the nation has had in some while.

And while President Bush has had many things going against him which steered his reputation away from a stellar legacy, events such as 9/11, Hurricane Katrina, a rapidly declining economy, and of course the controversial, and unfounded, weapons of mass destruction all occurred under his presidency.


No political agenda here. Just the facts and just blogging. And to further leverage my unbiased opinion, yours truly voted and endorsed a second term of his presidency. During that time, I just felt the nation needed stability, and President Bush provided that at the time.

Nonetheless, with the ten year anniversary of the tragic day of September 11th approaching, I was very curious to view a program on the National Geographic Channel which held a sit-down interview with President Bush, and his thoughts on, and during, 9/11.

After all, much like the slogan in all of the advertisements stated, "no one has ever heard his side of the story." And to be quite honest, I find it very unfair for many to judge him without hearing such a story.

In today's world of Facebook status' and Twitter messages, it seems being snark and sarcastic is easier and trendier that being understanding and rational.

Everyone these days are a critic. None have solutions.

The hour long documentary saw President Bush reveal many inner thoughts and behind-the-scenes insight on the day of 9/11 as it occurred. From his choice to remain calm after being told that the nation was under attack (which of course he was highly criticized for his "lack of response"), his utter defiance of secret service and government advice to not return to Washington, and his admittance to being taken back by the devastation sites of the Pentagon and Ground Zero, the former president was full of honesty, and rare-for-a-politician-like realism.

However, the one glaring and admirable truth taken away from the documentary was President Bush's admittance that he never expected to become a President of wartime, and when it happened, he wasn't sure what to do.

After the documentary, most specifically Bush's admittance, I came away having a new profound respect for President Bush. Regardless of whom ever was in the presidency - all politics aside - a day like 9/11 would shake any human being to the core.

I recommend this documentary to everyone, especially as we remember 9/11 this week.

It's a side that has never been heard from. And honestly, it's an interesting perspective from a person that was as involved in the day of 9/11 as anyone in this nation.