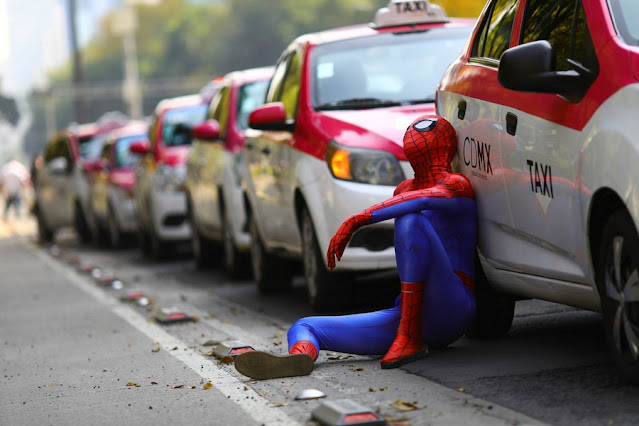 1. Voting Motivation - I easily could have put this in the "down" section, after all, videos and stories of Americans waiting in line for 11 hours to vote is simply ridiculous. However, I'm going to be Mr. Brightside and say give major props to those people who are doing that. They are overcoming an intended effort to squash their participation, and are doing so with courage, resilience, and passion. It's just a glimpse of what could be in an America allowing ALL the right to vote.

2. New Political Outlooks - So yeah, Diddy is planning on creating a new political party. And yes, Ice Cube has been working on his famed project, A Contract with Black America. I'm not endorsing either one, but I am excited to see a renewed focus in looking at the two-party system we currently have in this country which has grown tired. We're doing the same thing over and over and expecting different results. It's time for new voices in the political process, and even, new ways of voting (rank system?).

3. Randy Arozarena & Mookie Betts - Randy Arozarena is making you forget about #27 for the Los Angeles Angels. Really, if you picked up baseball this post-season, you would think Arozarena was the game's best player. Besides his awesome play, break dancing to "Empire State of Mind" after defeating the Yankees, and then wearing cowboy boots to the post-game presser after eliminating the Astros is gold. Baseball needs more of this.

And oh yeah, Mookie Betts is amazing. Baseball needs more of him. Like, everywhere.

1. Coronavirus - It rages on, and now, it is on the rise again. It's probably the second wave, and to be honest, I do fear for our country.

2. 2020 Help (?) - In the middle of a pandemic, our "leaders" in Washington are unable to get a stimulus package agreed on, are looking to strip health care away from Americans who need it (without any clear transparent plan to replace it), and has lacked any clear plan to navigate the country out of this mess. 2020 has been a year of exposing our country's biggest flaws, and the growing lack of trust in our elected officials - all of them - has been a part of it.

3. Amy Coney Barrett Voter Discrimination - The hearings all week have been interesting. I will say, she's handled herself much better than Justice Kavanaugh did during his time on the hot seat - just my take. While the controversy rages on, there was one red flag for me and it was her lack of response on the topic of voting rights.

Savannah Guthrie - Having two town halls competing at the same time as if it were part of sweeps season is so 2020 - like, why? Why are we doing this?

Nonetheless, of all the questions and answers we heard on that night - all of the regurgitated banter we've heard a million times - it was Guthrie's pressing question on the President of why he retweets charged statements.

Guthrie: "You're the President! You're not someone's crazy uncle who can re-tweet whatever."