2007. A year that has brought us so much with its variety of stories, tragedies, and triumphs. As 2008 rings the doorbell, like last year (2006 Year in Review), let's delve into the year that was 2007 before showing it the back door.

April 16,2007 was a grim day for the United States as a sick, disturbed English major murdered 32 students before turning the gun on himself. Besides the loss of these students, the nation was awakened to the possibilities of psychologically disturbed individuals, and the precious value and unpredictability of life.

World Affairs Issue of the Year: Death of Benazir Bhutto

Shortly before the end of 2007, the world heard the news of the death of Pakistani President Benazir Bhutto. Bhutto's death now leaves Pakistan without its leader, up in arms in more chaos, and vulnerable to various extremists.

Following the biggest school mass shooting in American History, we were all overwhelmed as a university and community were helped by a nation to overcome this tragedy. For a period, "We were all Hokies."

On August 1st, 2007, the story of a bridge collapsing caught us all by surprise. The tragedy killed 13, and allowed many state Department of Transportation agencies to begin looking into bridge and highway inspections in a serious matter.

Most Controversial Story of the Year: The Jena 6

A very controversial and emotional story of six African-American children harshly sentenced to jail time in small-town Jena, Louisiana for the beating of a white student that hung a noose from a tree. An example of injustice and an awakening that the mindset of the 1960's still exists. If you don't know about this, get in the know (The Jena 6: A Past Resurrects itself...or does it?)

Most Overrated Story of the Year: Paris Hilton in Jail Saga

This story which seemed to have updates every twelve hours became a life of its own. Why this story had any bearing on anyone is beyond me. Overrated and useless.

Invention of the Year: iPhone

Any gadget that has a nation camping out for days before its release is definitely worthy of this award. Add in its abilities for communication and entertainment, and it is a lock.

Comeback of the Year: Alex Rodriguez

Now many might say he never slumped in performance, and that is true. However, A-Rod managed to resurrect what was a dying image in New York and throughout the nation. He further took steps this winter by admitting the handling of his contract situation was wrong by taking responsibility and action.

"Wishing Well" Award of the Year: New Management for the New York Knicks

No story needed for this one. Any New Yorker, heck, anyone will tell you that the current management for basketball's most worthy franchise has the combined IQ of a soap dish.

"Just Go Away" Award of the Year: Britney Spears

A two time winner and probably the only thing she has done right over the last two years. Just Go away. And please take your sister with you.

"What Were You Thinking?" Award of the Year: Michael Vick

Probably the biggest fall of an athlete and well-known figure in years (Vick Falls Like No Other). Why a person of his stature needed to participate in an activity such as dog fighting is beyond me. Cultural or not.

"What a Shame" Award of the Year: Barry Bonds and the All-Time Homerun Record

762 Homeruns. Yet, we cannot celebrate, appreciate, or commemorate because we have performance enhancing drugs and overly critical people. Just a shame.

Undeniably, the greatest team no one has ever heard of. Undefeated for four years. Unfortunately, a decision to switch their goalie in the semi-finals cost them the cup and probably huge story for women athletics. Good lesson in "If it ain't broke, don't fix it."

"Welcome to the Scene" Award of the Year: City of Boston

"This Should Have Been Done Before" Award of the Year: Writers Guild Strike of America.

Now, the many that rely on the stupid box for their weekly entertainment and "must-see" programming must be pondering why should this strike have happened earlier. Well, as an individual that appreciates good writing and creative thinking, the writers guild of America have every right to demand for more royalties and luxuries. They deserve it, and now that is more apparent than ever.

"We Need to Fix This" Award of the Year: Homeowner Market and Mortgage Crisis

With the Homeowner market in shambles, a freeze on mortgage rates, and thousands expected to lose their homes in foreclosure in the coming years, the next president will have a huge problem ahead of him (or her).

Idiot of the Year: James Dolan

The owner of the New York Knicks that refuses to recognize the mess that he created at the Garden with his failure to fire Isiah Thomas and other management. (Embarrassing - The State of The New York Knickerbockers) 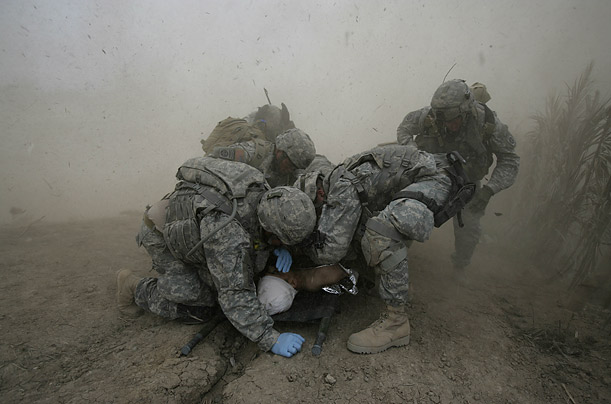 Dome Pondering Person of the Year: Every American Soldier

With other international and domestic problems arising, our armed forces and military that remain in Iraq who are risking their lives for freedom and democracy have taken a backseat. Their work is priceless and immeasurable.

Fighter of the Year: Floyd Mayweather

How ironic that the man that called mix-martial arts a "fad" wins this award in what sometimes seems as a dying sport? Nonetheless, Mayweather brought the sport alive and dominated in two of the year's biggest fights by defeating Oscar De La Hoya and Ricky Hatton.

Pay Per View Event of the Year: TNA Bound For Glory

An event that was great from top to bottom. Exposing TNA potential for greatness, and how it is hindered by its sometimes flawed creative team.

Hands down the best match of 2007. A slug fest that saw every style of wrestling wrapped up into one match that would have any viewer locked in from start to end. If you have not seen it, you need to.

Tag Team of the Year: The Briscoe Brothers (ROH)

A tag Team that emerged onto the scene in 2007 and proved that they have been overlooked by the other companies in the wrestling industry. From their match against Matt Sydal and Claudio Castagnolli at ROH Respect is Earned and their latest internet crazed feud with El Generico and Kevin Steen that culminated in an awesome ladder match at ROH Man Up, the Brisoces have proven they earn this year's top honor.

It seems this year despite being the number three company in the United States, Ring of Honor has swept the awards in 2007. Bryan Danielson has put on stellar matches throughout the year that I am sure can be found in any highlight on Youtube. Danielson/McGuinness and Danielson/Morishima are amongst his best of 2007.

In an epic encounter which finally saw Peyton Manning and the Colts finally knock off the vaunted Pats, we also saw a continuation of what has become the biggest and most anticipated rivalry in the National Football League.

How can you argue with a team that has done nothing but win, win, and well, win. 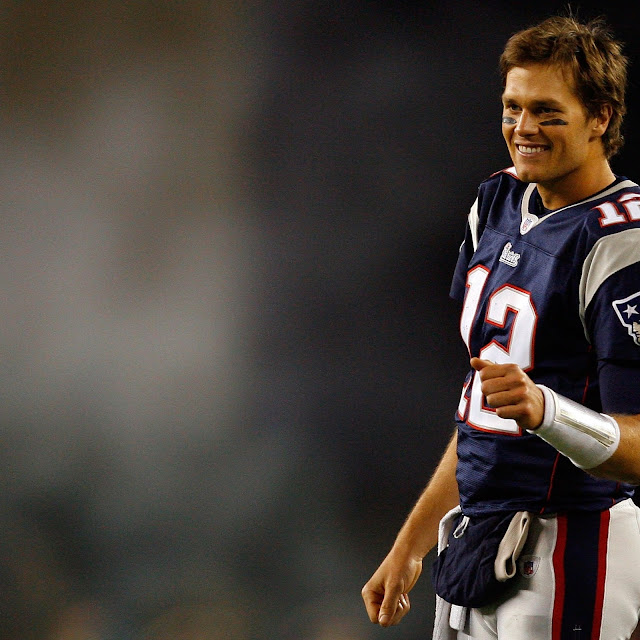 As the leader of the New England Patriots, Brady has become almost iconic for being a winner, a leader, and the most poised athlete on and off the field of competition.

From competing through physical injuries and pain, grueling job searches, and close deaths, to a progressing relationship, graduating college, and realizing untapped ability, 2007 continues my race. This race that we call life. 2008 will bring more obstacles, more challenges, and more discoveries for us all. God will continue to unveil these things to us all. He will push you past your limits.