Disappointment: The True Fallout From “The Decision” 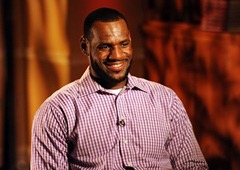 “I’m taking my talents, and I’m going to South Beach to play with the Miami Heat.”

It’s a statement that caused a wave of emotions for many fans, executives, experts, and officials depending on your line of thinking and of course, where you live. After much hoopla and grand pomp and circumstance created by LeBron and “his camp”, the world watched due to intrigue, but rolled their eyes with every comment made by the superstar. And rolling their eyes was just the beginning of the backlash from many who have used specific words to label the decision made by LeBron, but the way he has handled this entire "supposed” magical summer of 2010.

Gone. It was the word used to describe LeBron James on the day

after “The Decision” in  Cleveland. The Cleveland Plain Dealer also decided to take a swipe at James in regards to letting the world know that he never delivered a ring to the championship-starved city. It’s an appropriate word to describe the way James decided to make a spectacle of his “decision” before going on national television to rip the hearts out of Cleveland fans – the same fans who he vowed to bring them a championship.

Quitter. A word that no professional athlete likes to have linked to their reputation. However, Dan Gilbert,  the owner of the Cleveland Cavaliers threw that title on James in a publicly written letter laced at James. The letter which is rhetoric rarely made from a sport franchise’s owner, expressed the hurt, frustration, and anger that the city of Cleveland felt after “The Decision”

Follower. It’s a word that has been thrown at James here in New York City as well as in Chicago. After burning this great city as well as the second city, many were not angry about his decision not to come here, but rather his decision to join up with Wade and Bosh in Miami. I cannot speak for Chicago, but this city that suffered from the heroics of Michael Jordan, however, respected him for his competitiveness. Even, the same for Reggie Miller. Yes, Reggie Miller. However, James will no longer be viewed as one of those guys. In the eyes of many, he is the guy that ran from a challenge, ran from two big cities, ran from the pressure, and took the easy way out.

And to be very honest, many of those words resonate with me when it comes to LeBron James and his decision to go to Miami. He definitely crushed a city that he led on for seven years before leaving them at the alter – on national television. He also handled his departure very poorly. While Gilbert’s open letter was very disingenuous, he, and the organization deserved at least a call to make them aware of where he was headed. As for being a quitter and a follower, James has earned the right to make the decision that is best for him and his family.

With that said, the word that best describes my feelings on “The Decision” is disappointment. Disappointment in the way he has morphed into this ego-driven maniac that needs a grand spectacle of his “Decision”. A “Decision” that his now fellow teammates also made the day before without a one hour special that included more structure and production, more scripted questions and answers, and more fluff than an episode of Monday Night Raw. Yes, I went there.

This hoopla and “joining forces” idea has been in the works since Beijing. Bosh let it slip in their “Welcoming Party” (More on that later), and anyone else who doesn’t think so, enjoys being played for a fool.

However, the biggest disappointment of it all is James’ sudden loss for competing. I understand Dwyane Wade and Chris Bosh are his good friends. I also understand that most superstars that win championships are filled with talent around them. Yet, Jordan, Barkley, Ewing, Malone, Stockton, and the majority of the members on the 1992 dream team were close friends, yet, beating each other was just as important to them.

But James is attempting to lead us to believe that it’s not him latching his wagon to someone else’s ride (Wade), but one of giving himself the best chance to win.

The same way he tried to make us believe not shaking hands after losing in the playoffs is acceptable (LeBron (Finally) Acts His Age).

The same way he pretended to make everyone believe “it felt right” in another joke of a “Welcoming party” down in Miami. 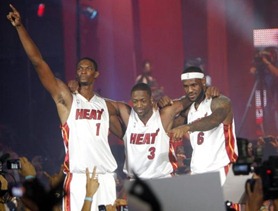 But nonetheless, this is what he wanted, and we cannot fault him in anyway for that.

It’s just a big case of disappointment for one of the greatest athletes in sports ever, to become a completely different person than the one we saw for the seven years before.

When it comes to LeBron James, we are all still witnesses.

Witnesses to one of the biggest disappointments in sports history.

May 25, 2022
I sit here quite unsure how to celebrate a birthday this year - though, it's not something I've always done. I leave that to my wife and now, my son, to create that spectacle that I'm unable to drum up. However, I've always had some reflection on each year, and each new "age" or trip around the sun completed. Thirty-seven successful trips, and on this day, today, my birthday, I just can't seem to find the words that resonate with how I feel, or simply, to feel.  For starters, there is the idea that forever, my birthday, May 25th, will always be linked with the death of George Floyd. That's heavy enough. And then there is this year, just yesterday, the horrific events of the school shooting in Uvalde, Texas. That is the only thing really at the center of my thoughts, emotions, and concerns. It's challenging to pull myself out to be a focus under the current climate.  But if I tried to mesh the feelings of the current times as well as look inward,
Read more
Tweets by @DomePondering