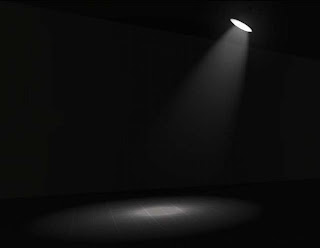 Some people enjoy the spotlight. Actually, I'll go a little further and say that most people do. It's a natural human feeling to have a sense of belonging, and some fulfill that by having the attention of others. It gives them that urge, that feeling, that so many desire.

However, falling into the minority, I am one that shies away from the spotlight. I prefer to blend into the background, rather than be that color splash that is noticed. It's not a self-confidence issue (well not anymore at least), and it is not a leadership issue, as some of the greatest leaders in history were people of humility.

It's just who I am. I hate talking, complimenting, and lamenting myself in any sort of spotlight.

Which is why I know come 9.24, I'm going to have to step outside of my character just a bit. And this past Saturday proved it.
DP devotees are aware of "Shower #2" which eventually turned into a all-out barbecue and party affair. For those who don't, Shower #2 was exactly that, a second wedding shower for my tag team partner for all of the women (and later men) that could not celebrate with her in her first shower in Syracuse, NY.

It was a fun time that included games, food, and an overall good time. However, from the moment we arrived, my tag team partner and I were pulled in every way, direction, and route, as every visitor wanted a moment to either catch-up, share some advice for the future, or sadly, attempt to gain some spotlight by being seen with us (Sadly, it does happen).

After the party was over, and this non-stop spotlight that followed us all-night faded to black, I realized a very important fact, I did not eat - at all.

It wasn't until I returned back to the apartment with the tag partner where we both realized that as fun as "Shower #2" was, we didn't get to meet and talk to some of the guests we really wanted to catch up with, and in some instances, we discovered the social battle that is the balance of getting around to everyone, hearing everyone, keeping everyone happy, and maintaining your own self awareness to the overall party. Not to mention, how demanding and tiring it all is.

And oh yeah, that this was just a microcosm of what 9.24 will actually be like.

In this somewhat "trial-run", I did not melt under the spotlight. I did not offer up any Lebron James/Alex Rodriguez-type comments that would make one scratch their heads. I kept answers short, sweet, and to the point. And for those comments and questions that were either too personal, controversial, or just very much made me uncomfortable, I deflected with a smile and a kind, "I don't know..."

9.24 is shaping up to be a good day. One with a spotlight that will shine as bright as any light I've ever endured playing baseball, competing in debates, or any other "open fish bowl" experience I've ever had.

Every individual I've ever come across in my life will be there. All of whom, have known me in different parts and times of my life. All who I want to let know how appreciative I am of their presence, and of course, build on the relationship we currently have.

As this past Saturday taught me, 9.24 has a little bit of media day along with it. And embracing the spotlight, something I don't like to do, is something I will have to learn to deal with. And deal with very well.

For as much as I hate to admit it, 9.24 is indeed about us, and the spotlight will be shining.