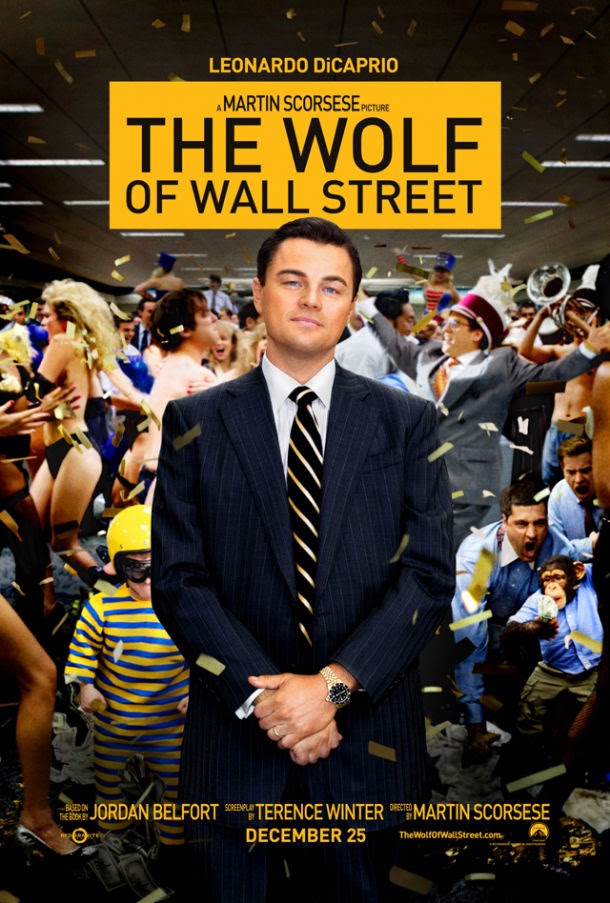 The true story of Jordan Belfort who rose to fame, enormous wealth on Wall Street, and enjoying a outrageous lifestyle before it all came to an end due to illegal crime, corruption, and the pursuit of the federal government.

When Bellfort and crew decide to smuggle money into Switzerland to stash away in Swiss banks, Donnie is supposed to drop money off to his hired "rathole", but instead lets his personal feelings get in the way as he begins insulting him and thus botching the hand off in public. This creates a crack in the entire operation when police close in on the intriguing scene.

Wow. Anyone who watches this film will walk away with plenty of thoughts - positive and negative, depending on your opinion - but regardless, they will still be in shock. I guess I should open by saying overall, I enjoyed the Wolf of Wall Street. Some aren't able to take the amount profanity, graphic sex scenes, drugs, and other sheer debauchery in the film. And to be quite honest, there were times I wanted to walk away. But overall, I think it was used to really bring forward just how out of control the lifestyle was, and well is, for the Belforts of today.

And yes, at some point, you become a bit desensitized to the f-word. As it's been well documented, it set a film record for being said the most times in history for a film. Prepare yourself.

However, if (a big IF) you can get past those issues, the Wolf of Wall Street is an interesting movie that sheds life on the life of Jordan Belfort and the craziness that possibly occurs everyday from the 1% in our country. Director Martin Scorcese does a fantastic job of presenting this in the film, especially the scene in the final moments of Agent Dunham on the subway going home after a hard days work. Is this what good people get? And of course, again, the scary thought, just how many Jordan Belforts are currently out there.

Luckily, Scorcese used humor to really soften the blow of many of the over exorbitant or sad things that came about in the issues of drug addiction, prostitution, illegal activity, and everything that made up Belfort's glutton life.

As for what makes this film a huge plus is indeed the acting. Great acting by all involved. And of course, Leanardo DiCaprio was really, really, really good. He was fantastic. Everything about his portrayal of Jordan Belfort was a real joy to watch unfold.

Again, wow. From the elements that make up the movie, to the provoked thoughts that these are the kind of people who run our nation financially, this movie leaves you taken back.

Regardless, if you have the stomach for it, give it a watch. If not, consider it smut, and move along It's really a personal call.