March 24, 2017
As you probably know already, I LOVE the World Baseball Classic. I love everything about it. The tournament. The culture. And especially, the early access to competitive baseball. And of course, with it comes an opportunity for some dope threads we don't typically see - cleats, uniforms, catcher's gear, accesories, etc...

Unlike Major League Baseball and some of the rules from it's clubs, the WBC provided an opportunity for some fun new stuff, including some customization and personalization from players. With that said, here are a few of the things that I really liked from the 2017 World Baseball Classic:

Uniforms were interesting. Most of the uniforms in this tournament had a template-like feel, especially the road jerseys which featured a dark gray and colored sleeves. Part of this change was Team Japan, whose uniforms were unlike everyone else in the tournament, and easily in my opinion, the best. 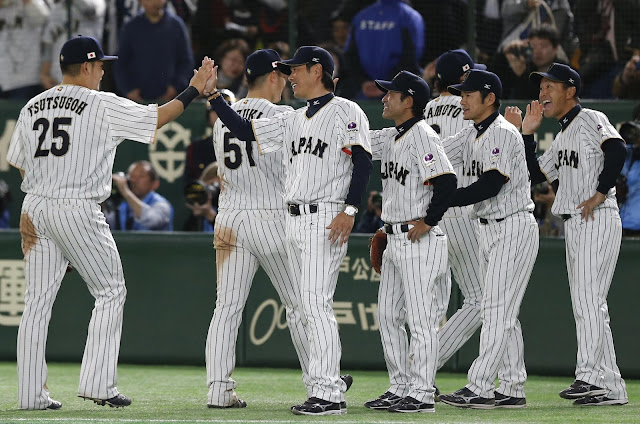 The wide stripes are so dope and the font compliments it well. Some college team here in the states I'm sure are looking to grab that look.

As always, the USA home jerseys were crisp. Love the stripes "S" which really should never change. 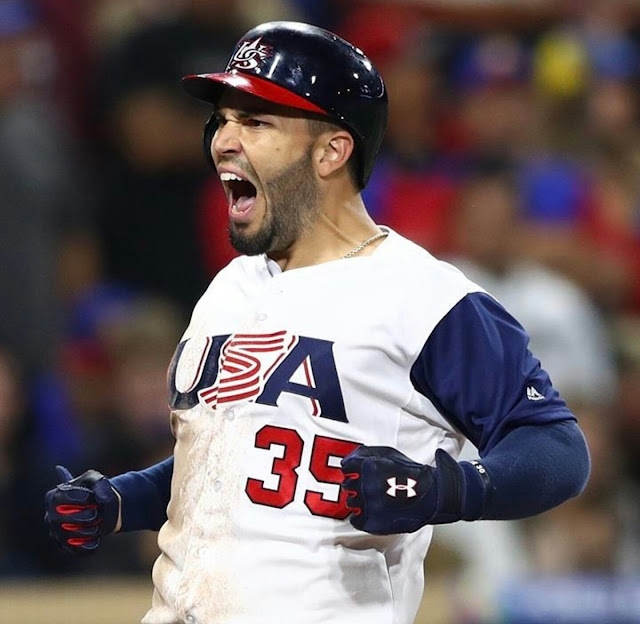 Another favorite are those of Team Mexico. There is just something about having the country's colors involved as well as the font used within the jersey that makes this an all-time favorite. I'm glad these didn't fall under the new jerseys, and I hope they never do. 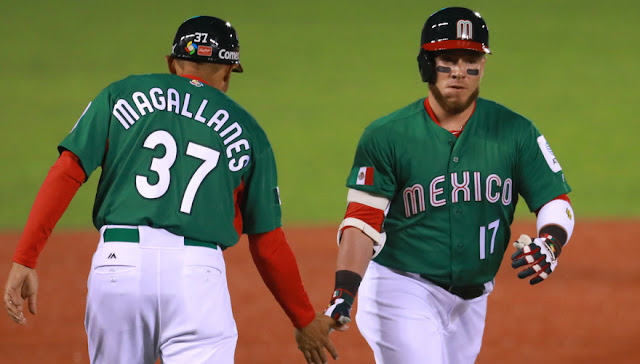 Other Hidden gens in the tournament were Australia... 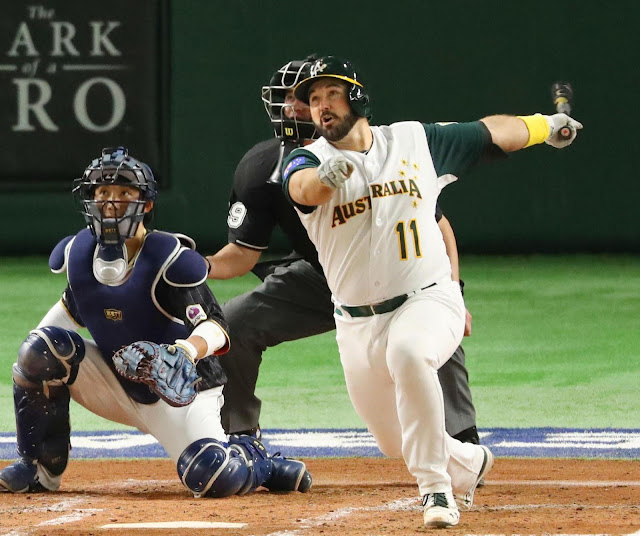 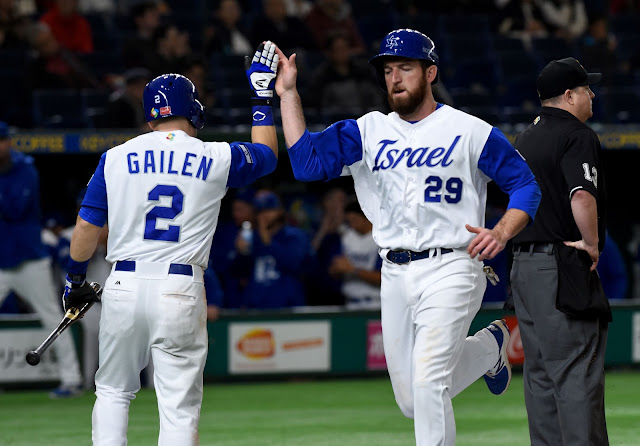 Also, as stated, the accessories were absolutely awesome. But there is one that really stood out for me... 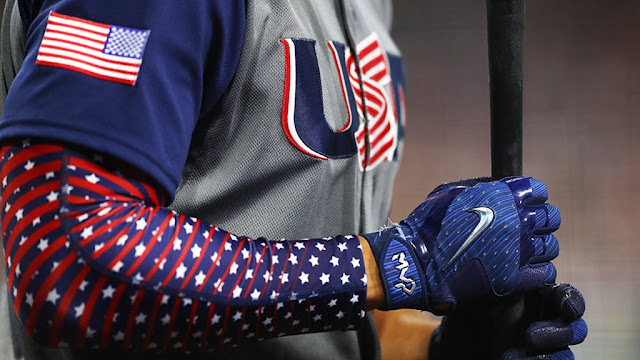 How flippin' cool is that sleeve. And it's hard to miss when Big Giancarlo Stanton is rockin' it.

How about the catcher's gear worn? Jonathan Lucroy's obviously stands out. He wore it on July 4th in the Bigs, and regularly during the tournament. 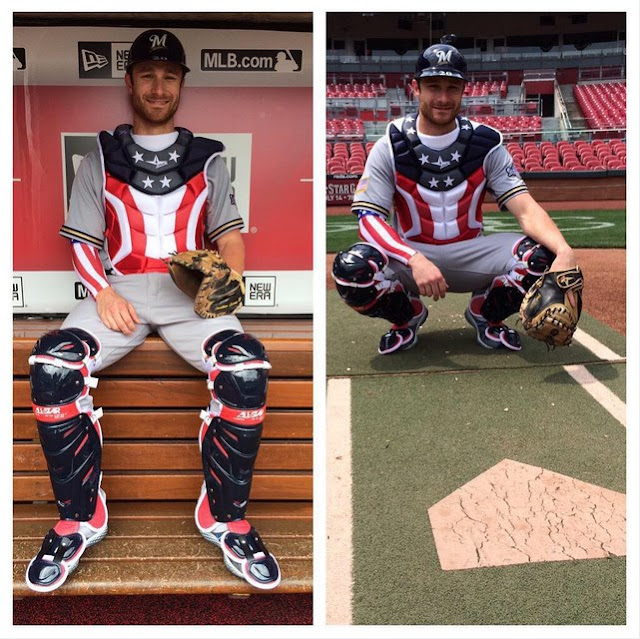 
There was also Rene Rivera's which had a similar red, white, and blue vibe for Puerto Rico. 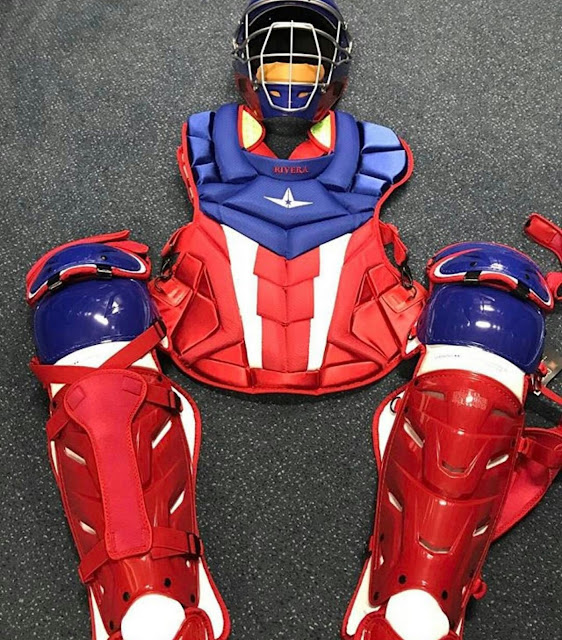 And of course, there was the footwear. Baseball isn't known for it's cool footwear, but the advent of companies turning sneakers into cleats and the ability for us regular folks to do so now, has spurred a whole new outlook in the game of baseball.

The most obvious, has been the transformation of Jordan's to cleats. During Spring Training we've seen it, and it was very apparent throughout the WBC, especially when we're discussing 12's. 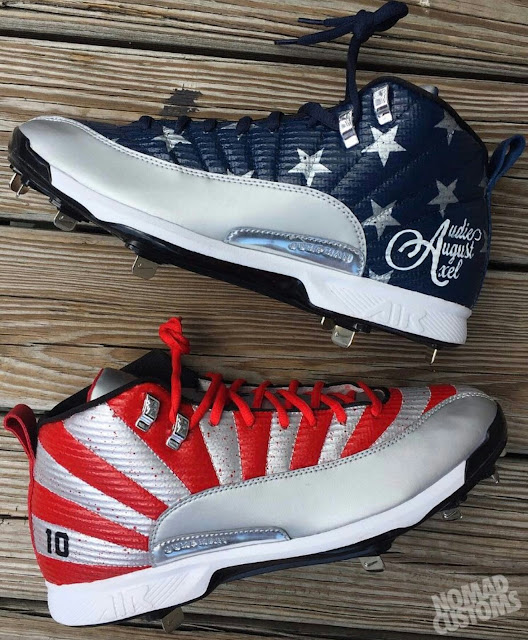 Adams Jone's customary 12's were my favorite of anything aesthetic in the tournament. Like seriously, every aesthetic paled in comparison to these kicks. 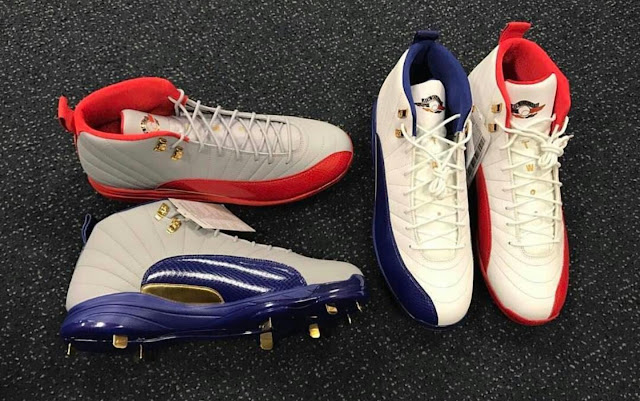 And of course, you have to love my main man, Dellin Betances mixing red and blue 12's, and wearing them at the same time for Team Dominicana.

And finally, here are some other kicks that grabbed my attention during the WBC: 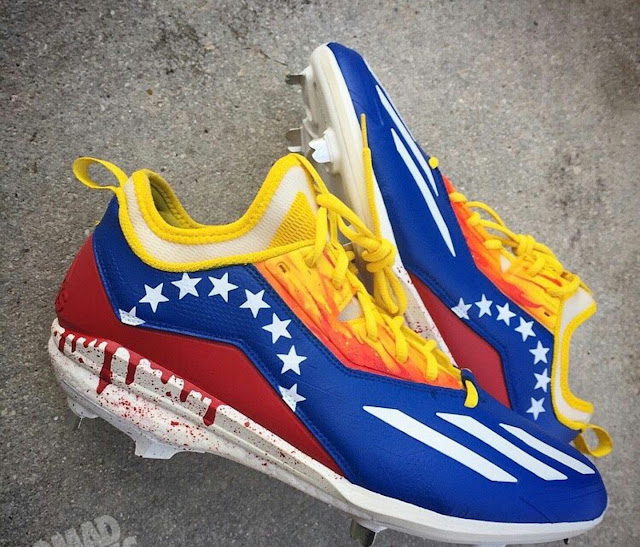 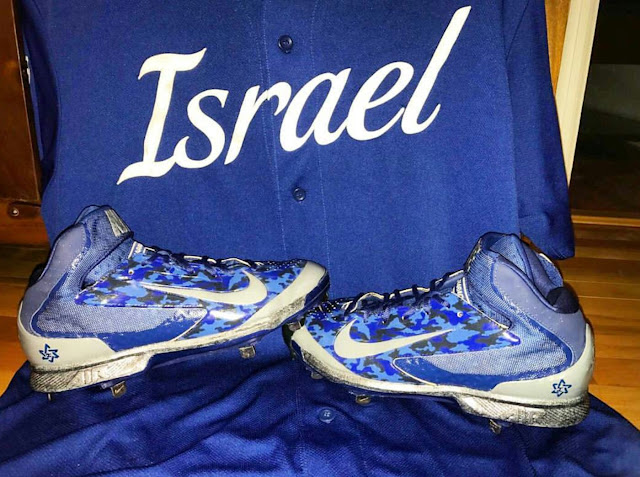