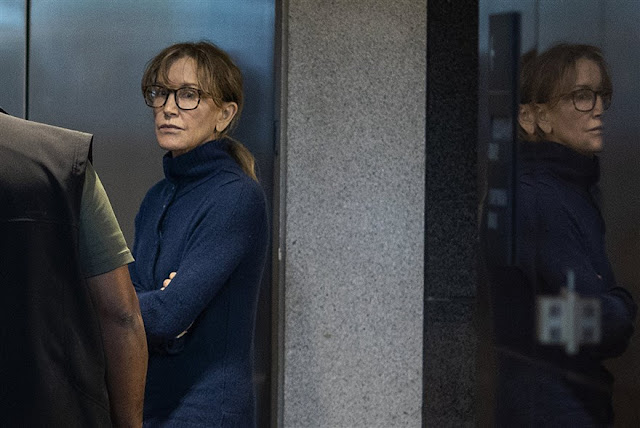 1. New Zealand Gun Laws - After the tragedy this past week in New Zealand, we all watched how quickly the country made new legislation and passed new laws to prevent measures like this from happening again. That's government working with the people in mind, and really, with humanity at the forefront.

2. Special Olympics World Games - If you've never seen parts of any Special Olympics event, I urge you too. If you're an athlete, a former athlete, or just a currently active person - or heck, a person who can be inspired! - these athletes will do that as well as redefine what sport means to you. Always love it.

3. College Basketball - So much basketball! Who doesn't love this time of the year. Especially, when you're a Knicks fan, and we're as bad as we are this year (isn't it every year?). It's fun playing pseudo scout. I digress on the Knicks jabs - but I can't wait for the tournament!

1. New Zealand Mass Shooting - It's so sad. So, incredibly sad. One story I read stated that multiple people died at the hospital because it is so unusual for doctors in that part of the world to deal with gun wounds. That just blew my mind. To think areas like this are now inspired by our culture - and the very worst parts of them, including White Nationalism - makes it all that much worst.

2. Ethopian Airlines Crash - Another heart-wrenching story. Everyone's hearts and emotions really got beat up this week.

3. Brazil School Shooting - Has the world just lost its sense of love, humanity, and appreciation for life? My goodness...

1. New Zealand Shooter Manifesto - It's easy to pick on the President if you're not a fan of him - and sometimes I admit, those kind of narratives pile on for no good reason from many. But as mentioned in the #1 Down of the week, it's very telling that a mass shooter names our President as inspiration. I find that to be very sad, and truly, a very telling sign of the time we are in. It's awful. And that's up there - for me at least - of what has come out of this Presidency. SMH.

2. College Entrance Scam - When this story broke I was furious. I wasn't surprised. I work in higher education and am passionate about education. I see this stuff ALL THE TIME. And even then it makes me mad. But it's amazing to me when rich, connected, white families already have so much privilege in the education process, feel the need to go further and cheat and break the law to lean it even more in their favor. Unbelievable.

I'm upset because there are kids out there who didn't get a higher education opportunity because of this scam who could have used it, and really, very much earned it.