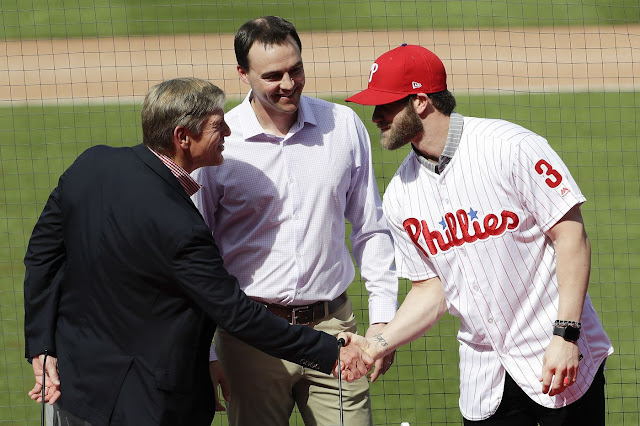 1. Dwyane Wade's Buzzer Beater - Buzzer beaters are often thrilling and shocking. I can't recall seeing one that was this unintentional and this hopeful - even including mid-court heaves . An incredible shot for one of the all-time greats in his final year playing.

2. Bryce Harper - Well, he finally got his money. And we got our answer regarding to where he'll play going forward. But give Bryce Harper some credit for laying out all out there and committing to Philadelphia for the next thirteen years. Should be interesting.

3. She Believes Cup Tribute - Sports takes the sweep in the "Up" column this week. The women of the United States wearing the names of other women who have inspired them was really cool. Very much looking forward to the World Cup this summer.

1. Stephon Clark Ruling - So add a private backyard where black and brown bodies can be killed by police officers without cause. That's America. Just bloggin.

2. Alabama Tornado - The state of Alabama suffered great damage and devastation earlier today with multiple tornadoes landing. From the initial reports, the tornadoes have already killed 23 people. So sad.

3. Snowstorms - A good portion of the country is set to be hit with some sort of snow tomorrow. Ugh to snow. Ughhhhhh to snow in March. Where are you Spring?

1. New York Times Article on Border Stories - I wasn't sure where to place this. The insight of the article is tremendous, but the details are heartbreaking. Nonetheless, if you're looking to read or get some insight into what is going on down on the southern border, please read this article on a few women who were assaulted several times - including from our own border patrol. So sad.