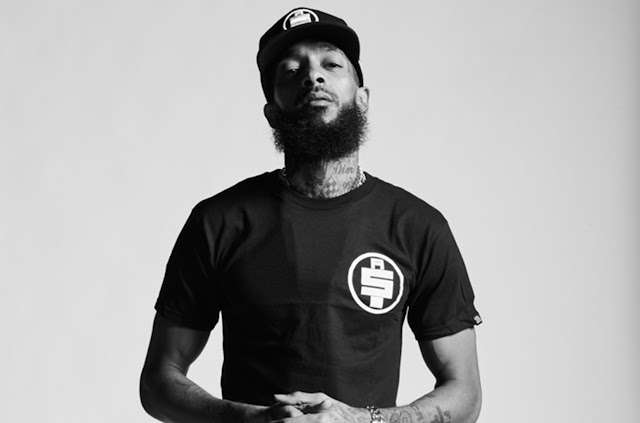 2. Opening Day - Baseball is back - FINALLY!

3. #MyWhitePrivilege - I was surprised to see this trending this week, and really, it made for good reads on Twitter. It's not everyday you see something like white people acknowledging their privilege, but it was even more interesting to read those who believe their whiteness doesn't play a role in anything societal. #delusional.

1. Death of Nipsey Hussle - Too unfortunate. Just so incredibly unfortunate. The world can be cruel most of the time, but it's people like Hussle who attempted to change the system with investments in his own neighborhood, and overall, make it a better place.  The world needed people like Nipsey - and still does. But of course, somehow, we lose these types way too early.

2. Defund Special Olympics - Maybe I'm biased. I've done professional work in the past with the Special Olympics of New York and truly and I admire EVERYTHING the national organization does and represents. Defunding this program is ridiculous. And it is just another example that Betsy DeVos isn't qualified for the position she holds, and that even our President in reversing the plan - a plan he approved before public outcry - has little understanding of education. But yeah, I'm a bit biased.

3. Shutting Down Border - Speaking of the President, we're now shutting down the southern border this week because of El Salvador, Guatemala, and Honduras, or as FOX News put it, "3 Mexican Countries". It's sad to say, but the issue of immigration now has become a caricature of itself, and I've become desensitized to the issue.

Jussie Smollett - This dude got away with it. Unbelievable. SMH.

1. Clint Smith Tweet - Occasionally Twitter does give us something that isn't repetitive, annoying, or pointless - and something that truly is profound. After the announced death of Nipsey Hussle, here is a great comment by Clint Smith - who BTW, is an awesome follow for social justice, equality, sports, and the occasional new dad outlook.


It’s worth remembering that we can’t disentangle the phenomenon of young black people being murdered, from a history of hypersegregation in black communities. These cities became saturated with violence & poverty because of state-sanctioned actions. This didn’t happen on its own.
— Clint Smith (@ClintSmithIII) April 1, 2019