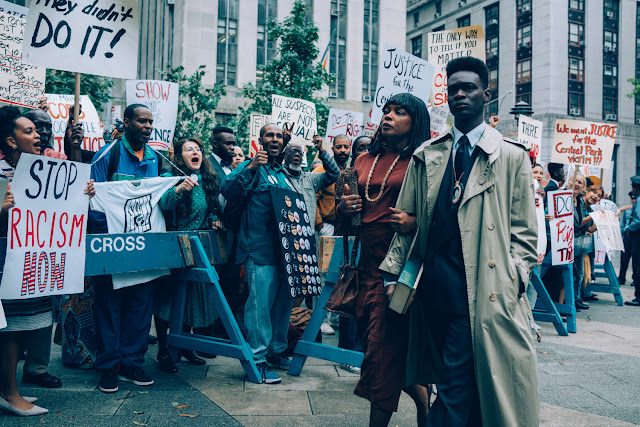 1. "When They See Us" - After much acclaim, I finally got around to watching the four-part series by Ava Duvernay this weekend. Very similar to when my parents made me watch Roots (and then the remake on my own as an adult), this was a tough, but needed watch. For so long I knew about the injustice that was the Central Park Five - especially growing up as a man of color in NYC - but, never did I understand the people behind the injustice and the ramifications on not just the men but those around them. Such a tremendous watch that is really needed. I'll probably have a reaction up soon.

2. NYC Terror Plot Foiled - It barely made headline news this week, and well...that's a good thing. Throwing grenades at people? What the...! I'll never understand the level of hate some human beings are capable of holding in order to drum up these sort of plans. So much props - and not enough of it - to our local and federal authorities for grabbing up this clown before he executed his demonic plans.

3. Jamaican Women's Soccer Team - The Reggae Girlz are underdogs, but they've already beaten super power house, Brazil. How can you NOT root for these ladies going forward?

1. Sudan - The absolute unrest going down in the Sudan is beyond what the human heart can take. A country is torn and struggling for it's independence while government officials are gunning down protesters seeking a fair and just democracy. It's 2019, but really, our world hasn't evolved that much from matters like this . So sad.

2. Big Papi Shot - This came across as I begin putting together my list for this post. Just unbelievable. Why? That's all I could drum up right now. So much prayers to Papi, his family, and friends. This world is so wicked.

3. USMNT - A 3-0 loss to Venezuela in a friendly. How bad is the state of the United States Men's National Team right now?