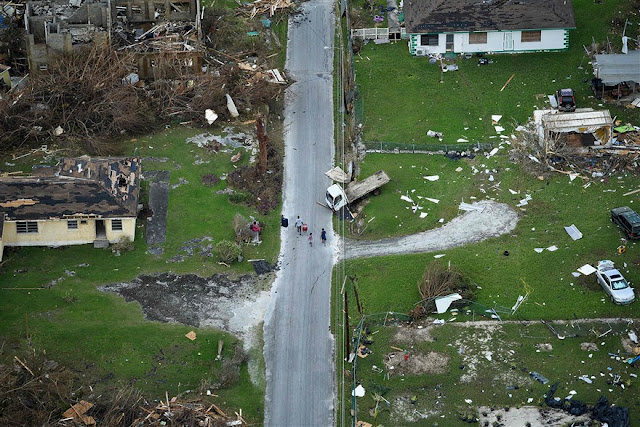 1. Man Buys 100 Generators for Bahamas - It's been an extremely rough week for the Bahamas. The buefutiful country was ravaged this week from the strengths of Hurricane Dorian. In a reminder that there is no more powerful spirit than that of the human kind, this man - who wishes to remain unidentified - walked into a Costco and spent nearly $50,000 on generators with the intent to send them to the Bahamas to aid with recovery.

2. 7 Year-Old Helps Evacuees - Staying with the theme, a 7-yeard old boy from South Carolina decided to use his allowance money to help provide food and water for evacuees coming in from off the shores where Dorian was expected to hit.

3. U.S. Open Finals - The U.S. Open was an absolutely fantastic event this year, highlighted by two epic finals. Congrats to Bianca Andreescu and the usual, Rafael Nadal, on their Open Championships.

1. Bahamas after Hurricane Dorian - So incredibly sad to see such a beautiful country destroyed. Hurricane season is always tough to endure.

2. Felicity Huffman Sentence - First of all, the thirty days sentence is absurd. But you know, that's our "justice system". Secondly, her claim of giving her daughter a "fair shot" just makes this 1st generation student of color furious. Imagine being so privileged that when the playing field is equal, you feel threatened. Imagine the quality of students who were rejected because Huffman was able to write a check to grant her daughters college acceptance. Unbelievable.

3. #SharpieGate - I'm so numb to the President's ridiculousness at this point. But really, watching him focus on such a small thing like the Alabama ordeal while the Bahamas was just smashed from Dorian is the kind of thing he does. And the mind-blowing sharpie on the weather map - my goodness. Seriously?