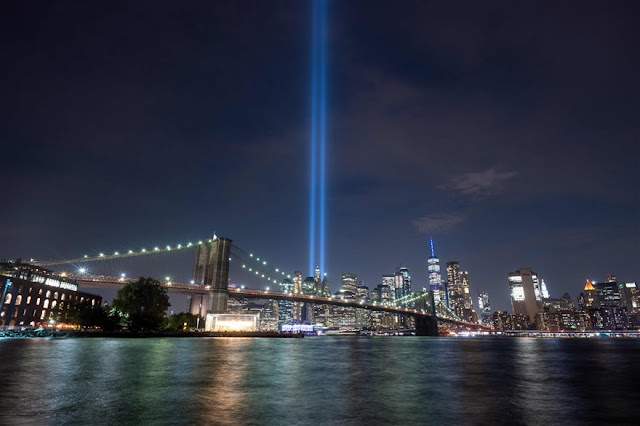 1. September 11th Remembrance - So many years later, 9/11 still feels eerie and the day has an aura that resonates the tragic events from 2001. #NeverForget

2. David Ortiz Appearance - The appearance of Big Papi at Fenway was an inspirational one for the Boston mega star. On the heels of the senseless attack on him which in his native of the Dominican Republic, Ortiz's honest comments about the attack were a reminder of how precious life is - "I thought I was going to die."

3. Pro Wrestling Industry - This is a rare "up" from me for 2019. I haven't really be invlovled in pro wrestling this year, but you have to give major props to an industry that is announcing major television deals for multiple organizations and companies. Wrestling is VERY healthy, and starting in October, things should really get interesting.

1. Oman 9/11 Comments - "Some people did something". I don't care what her reasoning for the comments are, that one is a poor statement that should never be uttered regarding the events of 9/11.

2. Ohio Woman Sentencing - White privilege at its finest here as an Ohio teen gets away with serving no time after murdering her newborn. SMH.

3. Huffman Sentence - Speaking of privilege and our justice system, look no further than this garbage. Huffman got 14 freakin days and the choice of her prison!!! I agree with John Legend's remarks about not looking to simply lock up Huffman as mass incarceration has conditioned us to do so. That doesn't equal justice, morality, or comfort. But it's rather outrageous that other cases that can be compared (like this one) to the Hoffman/Laughlin/USC situation result in rather insane sentences.