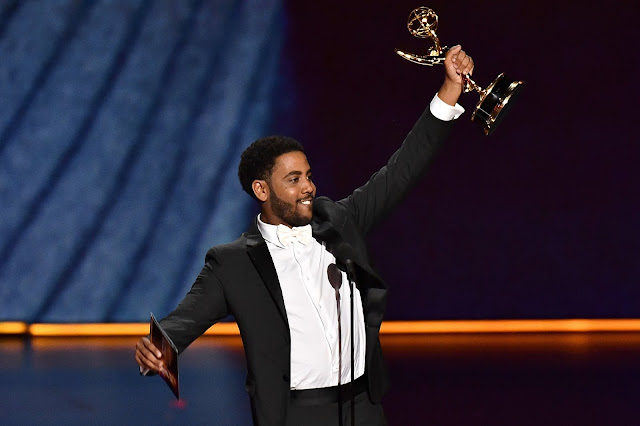 1. Jharrel Jerome - Jerome winning an Emmy for his role in Ava DuVernay's "When They See Us" is not a shock to anyone who watched the 5-Part Netflix piece. Jerome was absolutely fantastic. He played a younger and older Korey Wise, with Part 4 just being absolutely everything. Like, everything. Please go and watch. Congrats to Jerome on a well-deserved win.

2. Chanel Miller on 60 Minutes - Everything about the Brock Turner case makes me sick. However, watching the 60-minutes special in which Chanel Miller comes out from anonymity and tells the world about what happened to her further makes me furious on our country's rape culture. Especially so, for white men.

1. Bahamas Aftermath - Unfortunately, we often move on to the NEXT tragedy that sensationalizes the situation when it comes to hurricane relief. However, the clean in the Bahamas after Hurricane Dorian continues. Even worse? The mere fact that many US Medics onsite claim that can smell more bodies than they can find. Prayers up for the Bahamas.

2. Bystanders During Fatal Stabbing - A teen was killed via stabbing while on-lookers watched and recorded video while he laid suffering on the floor. What kind of world are we living?

3. Bill Belichick - I don't care if Belichick is considered the best coach in the history of the game. He made the move to bring in Antonio Brown, now he has to deal with answering up for it. The glar he gave Dana Jacobson was absurd and classic NFL-stuff that just makes you shake your head. Kudos to Jacobson for being professional through it.