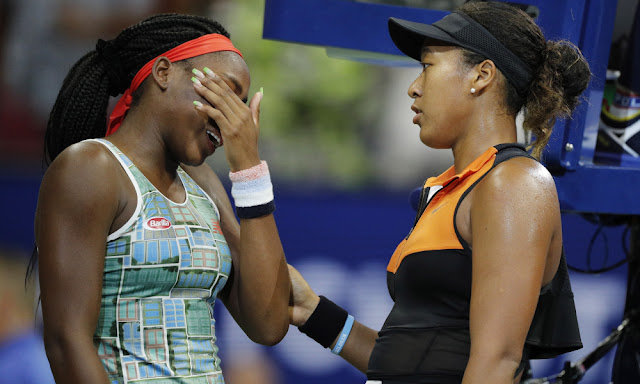 1. Coco Gauff and Naomi Osaka - The exchange between these two young talents and future of tennis was refreshing and touching. Osaka's gesture to the parents and family of Gauff was especially so. The thought that both have made it at such a young age - yes, Naomi, it is incredible.

2. Boy Consoles Autistic Classmate - Every so often there are stories like this that just renews your faith in humanity. Yes, like the one mom said, "just open your heart."

3. Verlander No-Hitter - This dude is absolutely incredible. To think that at one point we thought Verlander's best days was behind him. What hurts this Yankees fan even more is that we could have taken the chance on him. 2017 might have been different. The present could have been very different. But oh well...

1. Odessa/Midland Mass Shooting - Is there anything I can say. But of course, Texas just eased laws on gun carry recently. Aren't the good guys with guns supposed to prevent this from happening?

2. Hurricane Dorian - It's hurricane season, and the southeast and Caribbean are now vulnerable. Here is hoping for the best that these areas stay damage free during this stretch of the year.

3. Straight Pride Parade - There was a straight pride parade this week in Boston. Ummm, OK?

1. Jeffrey Epstein Victims - The women who were assaulted by Jeffrey Epstein had their voices heard earlier this week. While it's tremendous to still have the stories of these women heard, the idea that Epstein never faced justice, or that we'll never know how deep this story goes, still surfaces at the top. It is bothersome.