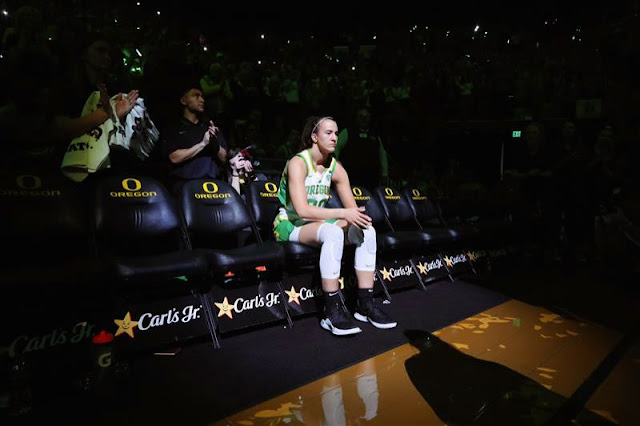 1. The Last Dance - The first two parts were the quickest, easiest, and most enjoyable two hours of television entertainment I've engaged in during this time of quarantine. I miss sports. And yes, everything about this docuseries is phenomenal.

2. Sabrina Ionescu - Speaking of missing sports, when we do get them back, I very much look forward to going down to the Barclays to watch Ionescu and crew hoop it up. Welcome to New York!

BTW - So much props to the WNBA on the touching honorary draft of Alyssa Altobelli, Gianna Bryant, and Payton Chester

3. Howard Finkel - The super sad news of the passing of Howard "The Fink" Finkel shook me this week. A big part of my childhood is wrapped up in hearing Fink announce countless wrestling moments, including that famous line of "the winner, and the NEWWWWWWWWW" which was everything. I still imitate his voice in various joking moments of my life, including play wrestling with my son. I tip my cap to the WWE's first-ever employee, and the best to ever do it.

1. Protesters - As noted in my Corona Times II post, I get the mindset. But really, the "protests" from many around America are head-scratching from a logical standpoint. The defiance to the social distance measures in place at this time is a clear and utter disrespect for the many men and women on the front lines.

2. Government Leadership - I have no idea what is going on? Our leadership says one thing, then says another. They bicker back and forth in times where they should be guiding the nation. Tweets are going out in contrary to what is being said during formal statements. And yes, the briefings have become empty appointments. You would never know 30,000+ have died. It really makes me examine who I vote for going forward.

3. Dr. Phil and Dr. Oz - Why did we even take wellness advice from these two before this? Their comments this week regarding the coronavirus emphasizes that question for all of us.