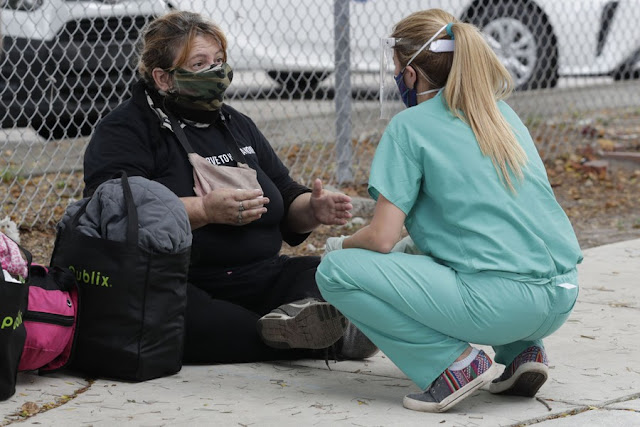 1. Some Good News - I've always wondered how a television show geared toward just "Good News" would fare if available. There is always the belief that our world wants fear, tragedy, and controversy in their news. Well, thank goodness for YouTube, and thank goodness for John Krasinksi! What started out as a tongue in cheek feature on social media has now grown into a legitimate news option - good news!! I love it! And I urge everyone to go check it out. It's hard to believe, but there is good in the world.

2. Sean Doyle - So...Doyle once volunteered himself as a guinea pig for an Ebola vaccine, and has now stepped up and taken trials for what (hopefully!!!) could be a COVID-19 vaccine. Bless that man's heart, because he is taking some unknown stuff for the sake of the world - literally.

3. NFL Draft - Look, I watched about 12 seconds of the three-day event. Just not that big on football. But you know what? I'm happy for those who did, especially if it brings some sense of normalcy in sports during this time. Also, kudos on the awesome presentation - seeing real reactions of players with their families is much more entertaining than the formal event.

1. Intaking Disinfectant-Gate - OK, so here is my take. While the outrage has been crazy, and the sheer magnitude of where we are in today's political sphere is a huge SMH - I don't believe the President truly intended for people to ingest disinfectant. I honestly - really - don't. While there are numerous reports of people ingesting the stuff (which again, says a tremendous amount about our nation), this is where the President's poor communicative abilities are exposed. It's why the briefings are awful. He's just so bad in a formal setting - away from rallies - that he can't get out of his way. Of course, for this he's targeted by the media, he wants to engage the media, and then we have the same cyclical bullshit we've endured the past three years. This time, while people are dying and struggling to get by. And by the way, don't drink bleach. Seriously.

2. White House Briefings - Of course, the President then tells us in a Tweet (again, with the lack of communication intelligence), that the briefings are "not worth the time and effort". In my opinion, they never were. But honestly, are we not in the middle of a pandemic? Why not hold a briefing speaking to the American public. Does it always have to be a presser?

3. "Protesters" - And concluding the political "Down" sweep this week are the "protesters" going after their local officials and governors regarding their state's shutdown. Here is my thought: it's very interesting that "nations of laws" are always a defense for when black and brown bodies are killed, or in regards to immigration, but carry a narrative of "true patriotism" in protest now that it is mostly conservatives whites leading the charge. I'm sure I'm not the only one...