The Pondering 10 - Most Fascinating Things of 2020 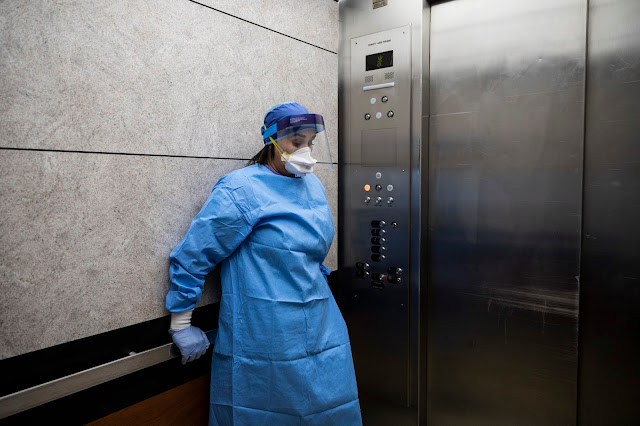 Well, 2020 was the shits. And that is putting it very lightly. It gave us plenty to think about, and A LOT of time to think about them. Before releasing the biggest post of the year - the 2020 DP Year in Review - let's jump into what has become a similar tradition - a Pondering 10 on the things I found most fascinating for the year. Here we go... 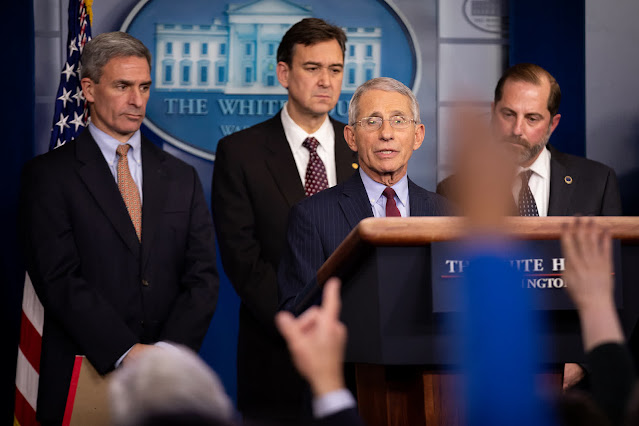 10. Dr. Anthony Fauci - I've never heard of this dude until 2020 (spoiler alert for the Year in Review awards!). Yet, here he is, the leading expert in what plagues us. He was introduced to the greater public in February, and throughout all of 2020, as a society, we've debated whether we can trust or believe him. And that trust was usually tied to politics.

One thing is for sure, public health will never be taken for granted again - at least in our lifetime. 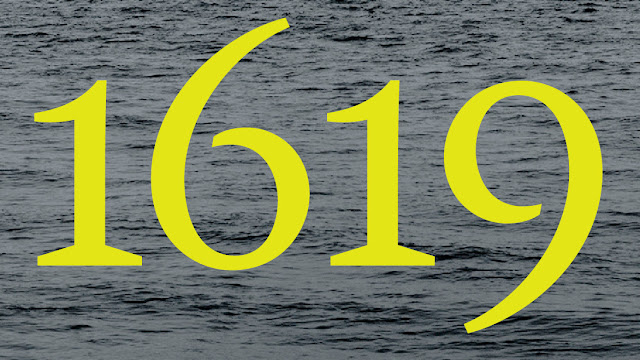 8. 1619 Project - A tremendous collection by Nikole Hannah-Jones that is a must for everyone. Also, like Fauci, this project was heavily questioned by those uncomfortable with the project's findings. The 1619 Project is a worthy listen (in podcast form) and read. It fills so many gaps in our history that are hurtful and needed, yet also provides a greater sense of appreciating this country at the same time. Most importantly, it is incredibly thought-provoking on how slavery has affected the development and growth of our country, even to this day. Please look into it. 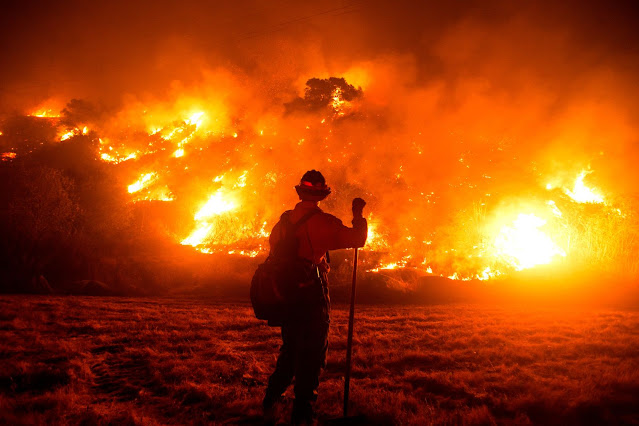 7. West Coast and Australian Wildfires -  The images and scenes were utterly wild. In many ways, unimaginable and unbelievable. From the Australian fires that felt out-of-this-world in early 2020 until well, COVID hit and made everything fair game for wackiness). Then, of course, later on, the West Coast looked like something out of the end of days. The fires were and remain troubling considering how we're changing the planet. My heart goes out to the many who lost their lives and livelihoods. 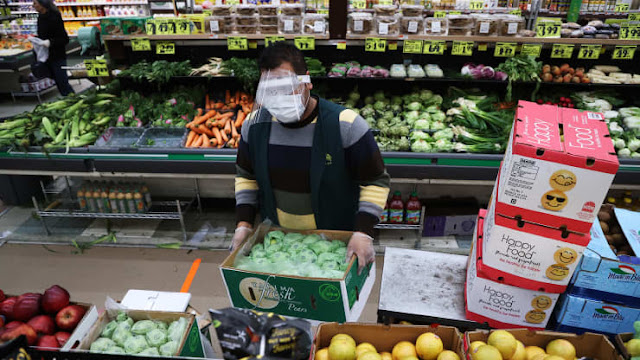 6. "Essential" Work - Nothing exposed our nation's inequities more than what COVID brought to the forefront this year. The glaring inequity of how the many working in our hospitals, in our supermarkets, delivering packages, driving delivery trucks, out in the farms, and so on...basically kept life going in the middle of a pandemic, and are essentially (there is that word again) paid less - sometimes with no benefits at all - than others who were able to work from home (myself included), is staggering.

And there are the billionaires, who earned the most money during this time and escaped hard-hit metro areas to one of their ultra-privileged summer vacation spots. It ALL just has red flags all over it - I honestly can't wrap my mind around it.

BTW - to all of the essential workers and front-line responders - thank you. 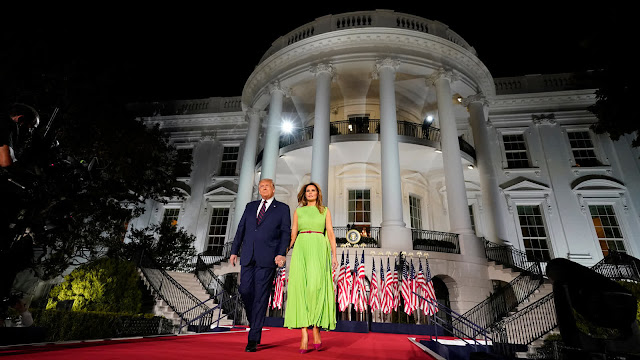 5. Donald Trump Presidency - Another year of being fascinated with the President...and for now (possible 2024 campaign?), the last. The President's mere existence was ramped up this year with his response (or maybe lack thereof) to everything that was 2020, and really, the very polarizing climate of our nation's politics he has lead. Trump is definitely fascinating, and I admittedly can't wait to watch the many documentaries on this period once we give the current era some time to die down and settle.

Also, it should be interesting to see how cable news networks fare now that Trump will be leaving the office. Ditto for late-night hosts. 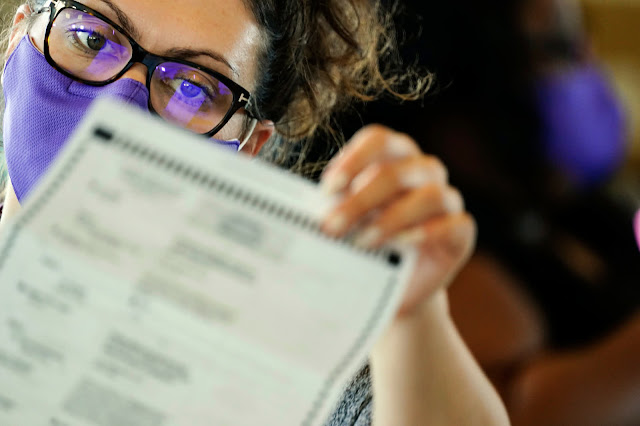 4. Voting and American "Democracy" - The mere essence of American democracy was put to a test like it has never been before in my lifetime. In 2020 we watched intentional voting suppression - wasn't even trying to hide it this year! - as well as the largest voter turnout in history. It begs, how true of democracy do we live in when a limited portion of the population is represented in the process? And why is our country so afraid to create ways for everyone to vote?

Voting never felt as important as it did this year. It also exposed the privilege and power behind voting - which is why it is never encouraged within our current policies, makeup, and system structures. 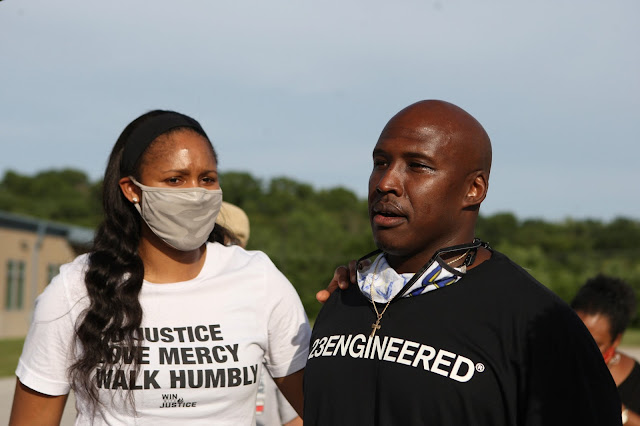 3. Maya Moore - Moore, one of the greatest basketball athletes ever - a once-in-a-generation-type of athlete - sat out two years in her prime to help a wrongly convicted individual get out of jail. Moore helped Jonothan Irons get his case appealed after Irons was falsely convicted at the age of 16 for burglary and assault and sentenced to 50 years (!!!) in prison.

And you know what, she got him out. And then married him. And is now devoting more of her life's mission to helping the wrongly convicted. The whole thing is fascinating, powerful, and is the type of positivity I need after a tough 2020. Maya Moore is a special individual. The true activist athlete. She put basketball on the back burner - that's really following your cause. So fascinating. 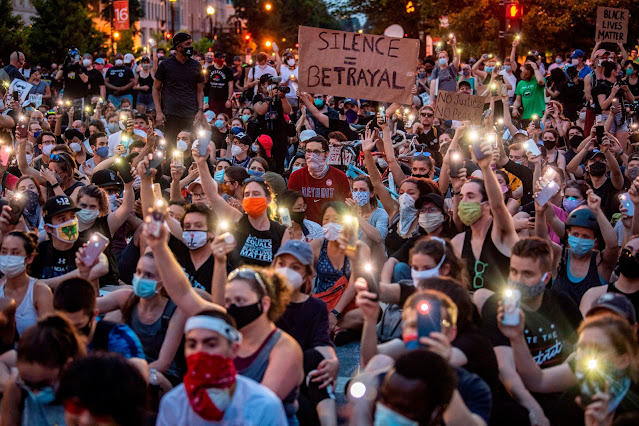 2. White Fragility and Social Awakening -  The month of May was certainly something. White people across the country were faced with a reckoning they could not dodge any longer - racism. It was time to deal with it and adjust to the truths that were often ignored or overlooked. We saw recommended books consumed, personal Q&As with people of color, engagement of difficult dinner table conversations, and lots of reflection and feelings of wrestling with personal racial privilege.

And there was also flat out denial. You know, the usual. And of course, those who remain silent. Unwilling to take a stand.

2020 brought new allies and drew a bigger line in the sand on those who are willing to stand up for the systemic inequality in this country.

2020 was about the acknowledgment of black lives. And it was amazing, beautiful, and powerful. And black people won 2020 (BLM, Elections, etc...) However, there was just something entirely fascinating in how white people digested, reacted, and confronted the reckoning before them - on all sides of the situation. That interest still remains as the process continues. 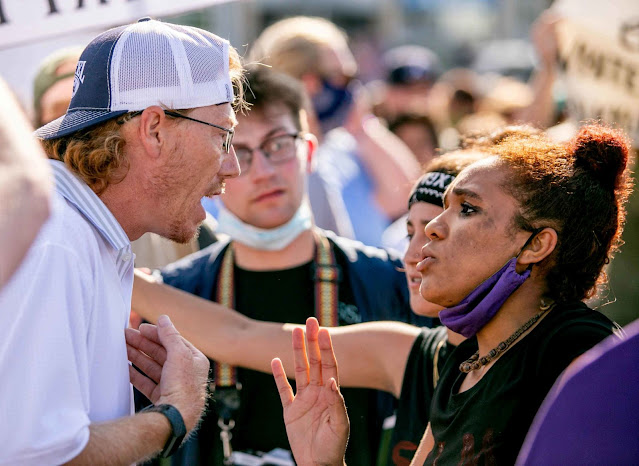 1. News and Disinformation - Ah yes, the classic if it doesn't agree with my positioning, it must be fake news! Disinformation and misinformation now rule the day after rising to a heightened status in 2020. The fascinating part is that there is no clear solution in sight as many have had time to digest ridiculous theories and conspiracies during the lockdown. Going even further, they have dug their feet in the sand on refusing to accept changes. God speed on this matter in 2021 and beyond. Because it's not going to get better any time soon.