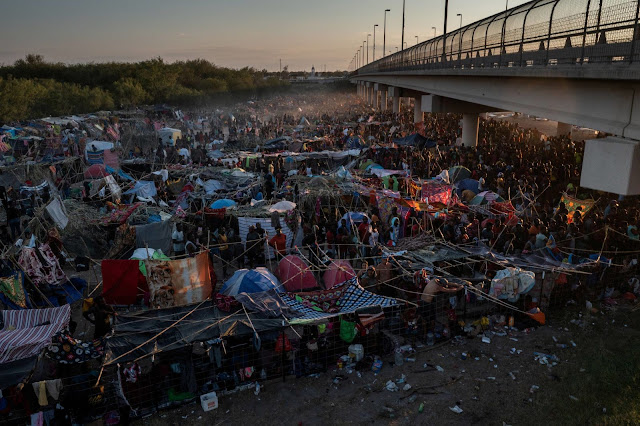 1. Mia Mottley - The Prime Minister of Barbados delivered a genuine speech at the United Nations General Assembly that brought some realness and groundedness for our political leaders around the globe and their approach to COVID. A must-watch if you haven't seen it. Also, Mottley recently lead the island of Barbados in denouncing Queen Elizabeth as head of State and vowing to lead the country into a new era. Big moves, quality leadership.

2. Lewis Hamilton - Hamilton not only continues to dominate Formula-1 racing, but he now has made history as the only Formula-1 driver with 100 victories. The dude doesn't get enough love.

3. AEW Wrestling - Give it up to the hottest pro wrestling company on the planet, AEW. The company packed 20,000 people into Arthur Ashe stadium in New York City (historically a WWE region) and delivered two excellent television shows. AEW continues to revive an industry lulled by the WWE's creative complacency.

1. Haitian Immigration - An utterly complicated situation that has rendered very little leadership from the White House. In fact, Biden and Company have handled this atrociously. Nonetheless, the continued demise that is the country of Haiti - considering their history as a once Western Hemisphere power - is the kind of history worth researching, teaching, and knowing. My heart just goes out to so many seeking a better life.

2. U.S. Gun Violence - 2021 is on pace to be the deadliest year in U.S. history in regard to gun violence. There are so many factors to unpack from this - easier gun ownership, rise in teen suicide, mass shootings, and more. We saw some of that on display this week with yet another mass shooting in Tennessee. What's wrong with us?

3. Josh Mandel - Imagine telling the children of Dr. King that they don't understand their father's principles. There's not much to say about Mandel, a Republican Senate candidate from Ohio. The dude has no clue. It's amazing how so many love to stretch Dr. King for their political gain - yet, most, have little understanding of what he really stood for. Clown show - but that's American politics. Sensationalism over integrity.

Migrants wait to be processed near the Del Rio International Bridge in Del Rio, Texas, on Sunday, September 19.