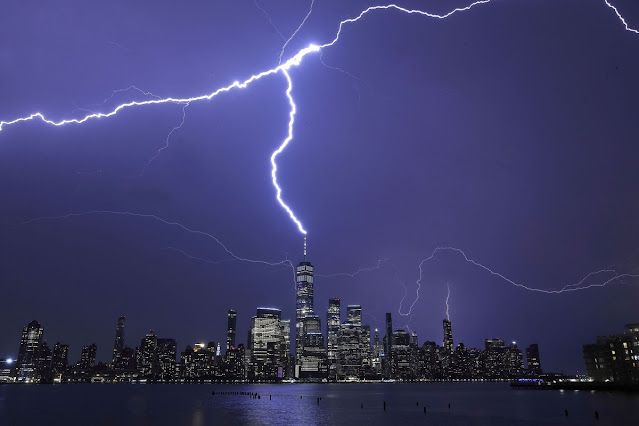 1. U.S. Gymnasts Call Out F.B.I. - It wasn't too long ago many had various opinions on Simone Biles and her decision to step aside during the Summer Olympics. Yet, here we are a few weeks later and Biles along with her former U.S. Gymnastics teammates, Aly Raismann, Mckayla Maroney, and Maggie Nichols, all testified about the abuse they faced at the hands of Larry Nassar. If that wasn't brave and courageous enough, they called out the FBI for their lack of effort. All of these girls deserve so much props - and yes, so much strength.

3. Michaela Cole - It's amazing that we STILL continue to have firsts in entertainment when it comes to race. Regardless, here is some love for Michaela Cole who made history by becoming the first black woman to win an Emmy for Limited Series Writing.

1. Haitian People on the Border - The border is once again a national discussion with many Haitian immigrants flooding the area, and of course, the shocking images of immigrants being whipped by U.S. authorities on horses. All of it is so complex, and so sad.

2. COVID Deaths - As much as we try to "move on" - it's still hard to wrap the mind around the fact that COVID is still killing close to 1600 people per day. When did we become so desensitized to human suffering?

3. Job Shortage - I know that the job shortage around the country carry many narratives - particularly whatever party you throw your support into. The more I see these "Help Wanted" signs around my town, the more dive into the statistics and reasonings of why people have not returned to work. All it produces is the lies of these weak narratives, and the exposure of the fragility of our labor affairs.

Lightning strikes One World Trade Center in New York City during a thunderstorm on September 13, 2021, as seen from Jersey City, New Jersey.