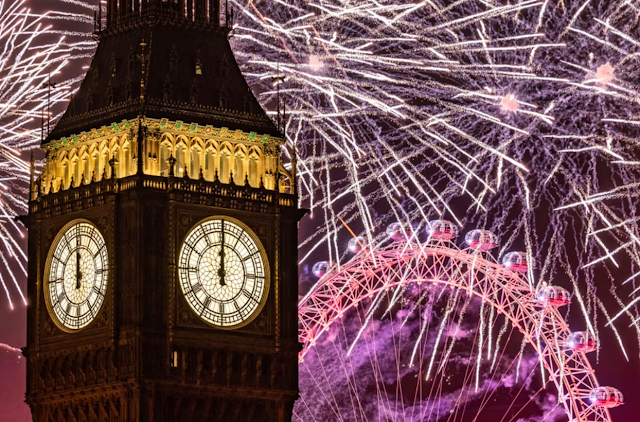 3 Up
1. New Year - Happy New Year to you all! I've written it in a bunch of emails, mainly to be courteous, but I really do wish you the best for you. I hope 2023 is a great one for all of you DP readers.
2. Buffalo Athletic Trainers - Let's give it up for the Athletic Trainers of the Buffalo Bills who performed with courage, steadfastness, and urgency in regard to Damar Hamlin. We should be celebrating those trainers more.
2A. Athletic Trainers - And because I'm always around them, let's give it up for Athletic Trainers in general. They do so much and very much go unnoticed in the space of sports, athletics, and performance.
2B. Damar Hamlin - Praying for Hamlin and his family...
3. Broadway Bounceback - We all like to believe we're back from COVID, but we're not. But it's news like Broadway having its biggest week of sales since the pandemic began is some nice news. Everyone in the theatre industry deserves it.
3 Down
1. Damar Hamlin Situation - Horrific. I stumbled upon the game when it was already in suspension only to learn of the situation through a quick Twitter check. The game of football and our obsession with it has so many holes and needs that we (and the league) overlook. I'll leave it at that for my soap box rant...
1A. Damar Hamlin Public Response - What has happened to sports media? I honestly can't tell the difference between TMZ and certain sports shows/outlets/popular heads. Ugh.
2. Speaker of the House Process - The entire process for the vote on the Speaker of the House was embarrassing. It really was. It really, really, really was.
3. COVID - So there is now ANOTHER variant. Even more intimidatingly named, XBB 1.5. Just great. Wash your hands, folks.
3 Interesting
1. Citizens hit a 15-year High - America is thriving with new members as citizenship in our great land has hit a 15-year high. Interesting that neither party discusses this, and continues to fearmonger about immigration status without any action.
2. Abortion Pills Available - So yeah, this certainly will complicate a hot topic.
3. George Santos - On top of the Speaker of the House process, we've got Santos lying about basically who he is and getting elected to office. Politics suck right now. Maybe they always have...but it's so hard to have faith in these "representatives".
Cover Photo
Fireworks light up the London skyline over Big Ben and the London Eye just after midnight on January 1, 2023, in London, England.