In the Knick of Time

It is a term for which New Yorkers wish can be associated with their city. For a place so demanding, so goal-oriented, so ego-driven, New Yorkers consider it almost a birthright that the term is given to them. After all, it is the biggest city in the world. The number one market in the nation. The city of dreams. The biggest Stage. The Big Apple. Yup, this is the show. New York City should be the "City of Champions." After all, New Yorkers lose enough time, sleep and not to mention money, over their favorite teams. There should not be a reason why they are not.

In actuality, they aren't even close. With the Yanks pondering their future, the Jets a lost cause, and the Giants giving the city its last bit of hope, the city does not have a favorite. What about the New York Rangers, you say? Well, maybe, if you're into that sort of thing, but we are talking about sports that capture the masses. Sports that actually matter.

So is there such a thing as a possible City of Champions? Is it at all possible?

Well, if New Yorkers took some time away from praying for the Colorado Rockies in the upcoming World Series, they would notice that Boston is as close as it gets. The Red Sox are in the fall classic again, much to the disdain and agony of New Yorkers. The Patriots look as of they will never lose again. The Celtics are gearing up with their "Big Three." Boston is the real deal. And that absolutely kills this city. It is no secret, we like to see Boston struggle, period. 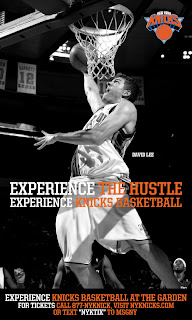 The Knicks, are in need of a loyal fan base again. A fan base that will make the Garden, The Garden. What better way to do this by not only winning, but playing hard and taking down one of Boston's championship teams. With the instant pub that the Celts have entering the NBA season, getting out of the gate fast would give the Knicks that attention to get things going in the right direction.

On the other hand, this city is dying for a "feel good" story. The Yankees situation seems like a greek tragedy right now, with great figure's falling, and a new power rising. The Jets seem to be heading down the same path alondside Chad Pennington's arm in the driver's seat. The Giants are singing the same old tune, a big run, ready to let us down somewhere along the ride. With the Knicks as the joke around the league (still), a return to winning ways can give New York something they can hang their hats on. A resurrection they can identify with.

The Knicks time is now. The timing couldn't be any more right. A few wins (especially over the Celtics and Nets) will give New Yorkers a feel good story that will not only give them a winner, but knock the city of Boston out of the spotlight. That is of course until Spring Training comes around again.

With that said, I must get back to praying for the Colorado Rockies.