Everyone Loses in Disqualification of Jackie Robinson West 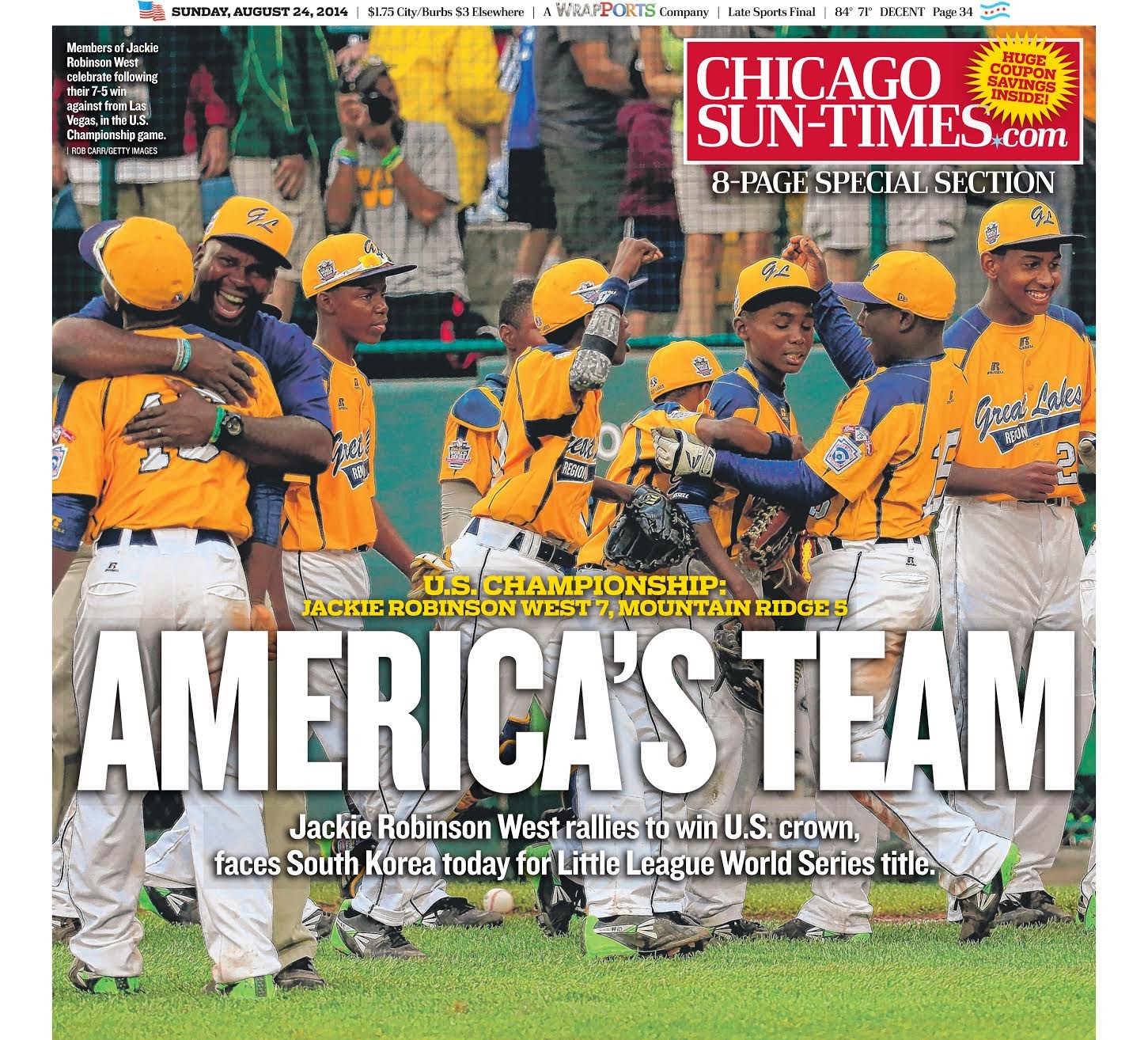 Although I work in the field of sports and recreation, and the expansion of said field is due to the burst of interest and overall growth of sports in our culture which very much supports my career, I am deeply saddened to learn what has become of the Little League team from Chicago - Jackie Robinson West.

It's quite easy to really jump on what is clearly the obvious in this situation - that adults ruin youth sports. And it's very true. From the overbearing parents, the loud, obnoxious coaches who aren't qualified to instruct the game but simply mimic the over-aggressive stereotype they see on television, or even yes, the outlets who place an unlikely and unnecessary burden on children at such a young age, it all can be very tough to watch from afar. Kids aren't kids anymore too often in youth sports. It's no longer 100% recreation.

With that said, one of the greatest sports stories of 2014 is now considered a controversy, and really, a sham because of a rival local coach who blew the whistle (shame on you, sir), Jackie Robinson West directors and officials who submitted a false zoning grid to Little League Baseball (shame on all of you!), and of course, everyone else involved in covering, exposing AND now exploiting all of it.


Wrong is wrong. There is no way around that. But there was and is something so special about the group of kids from Jackie Robinson West. The all-black team who represent that the black baseball player isn't a dying breed. That baseball in the inner city is an escape, an art form, a substitute for other options, and yes, a viable way out of terrible options. Jackie Robinson West represented so much more for a city riddled with much more than zoning scandals and cover-ups that it united a community during those several weeks in August more so than the Bulls, White Sox, Cubs, Bears, or Blackhawks ever provided recently.

It's such a funny situation that something so small as zoning laws, and even something petty about a local coach so chapped about losing that he tries to kill all of this good vibe and mojo, that bothers me to the core. Not just for youth sports, but for the accomplishments of those boys last summer.

Regardless of where they went to school, where they take the field locally, or where they lay their heads down at night to sleep, they went out and played ball. Having fun, and being pretty damn good at it.

Now, we as a society tell them, these black kids from inner city Chicago who despite doing everything right - especially considering all of the odds and statistics already going against them - that they are still in the wrong. And yes, it's nothing of your doing.

Just something overly (and very) bothersome about this situation. All sides involved. After all, this is youth sports. This is supposed to just be Little League!

Chalk another one up for the continued downfall of youth sports in our nation.