Prepping to Say Goodbye to A-Rod 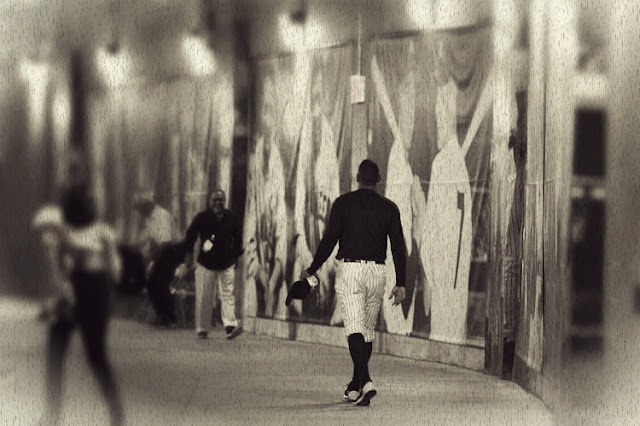 So this week marks the beginning of the end of for Alex Rodriguez as a member of the New York Yankees, and quite frankly, I am a little bummed. As you know if you follow this little blog called Dome Pondering, I am a big fan of Alex Rodriguez. In my opinion, he is the most fascinating athlete in my lifetime. You can talk A-Rod for hours, from potential, what ifs, his downfalls, and his overall talent. The guy has meant so much to baseball, no matter how you view his legacy.

As we close, I'm coming to grips on how he will be remembered. There is a lot of good, a lot of bad, and plenty of missed opportunities. He's not a Hall of Famer - that ship sailed for good on the second PED confirmation. But he did deliver one of the most clutch World Series runs I've ever seen, which flies in the face of scrutiny about him getting it done "when it matters". And let's be honest, he was one of the greatest talents to possess the combination of skill, power, and speed, that this game has ever seen.


Adding to all of this his box appeal which mirrors that of a pro wrestler - love him or hate him, you watched him, and you wanted to watch him. You have an opinion on him that is strong.

The dude was must see. From his overall talent, to his ridiculous narcissism that was wrapped in a weird pseudo first layer of humbled-bragged-ness, if he wasn't wowing you on the field with his ability, he definitely made up for it off the field, and at times, in the subtle things he did on the field.

I'm sure I have more of these posts in me when it is all said and done this Friday. Again, I can talk A-Rod all day long. There is a reason he sits on this blog's Page of Fame. Regardless, I'm hoping we get some drama from the dude this week. A dramatic home run (especially at Fenway)? Possibly, a game winning play? Even a moment to play third base? If I'm really allowed to pull on the wishing strings, I would love to see a week where he chases and catches 700 home runs. That would be epic. And very much, typical A-Rod.

For now, I'll enjoy the very last week of A-Rod on my New York Yankees. It's been a long time coming, and such a unique journey. Here is to one more week before it's all over.