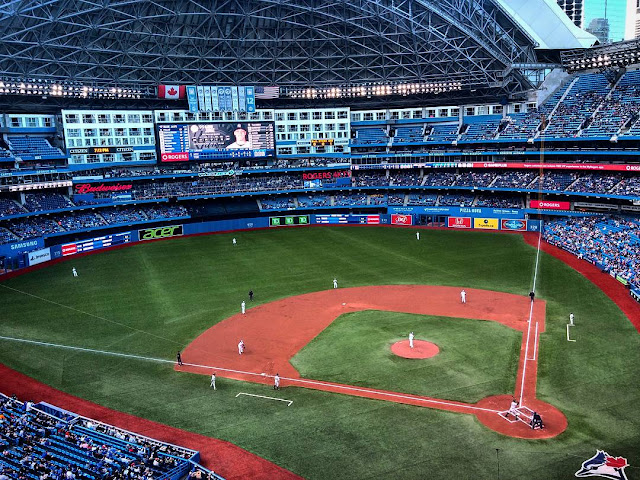 Oh, just another ballpark, but this one, north of the border in wonderful Toronto, Ontario, Canada. The tag team partner and I, on our quest to get to all of the Major League Baseball stadiums the way some try to catch Pokemon, made our way to Canada for a vacation, and as timing would have it, to see our New York Yankees play the Toronto Blue Jays.

As always, before arriving to these stadiums, I tend to have a pre-conceived notion from what I have heard about it, what I have read about it, what it looks like in videogames, what it looks like when I drop the Google Maps guy around the stadium (Yes, I do that - I often travel using that thing. I'm weird, I know...), and finally, whenever I watch a game from that location.

The Rogers Centre is a unique stadium.


Sure, it's the first ever stadium with a retractable roof, a cool concept I was able to see live as it began raining in Toronto during the second inning of the first game we went to. Also, yes, it is a fairly older stadium compared to the new wave of stadiums across MLB.

However, it isn't THAT old, and that's where I'll begin. The Rogers Centre is not aestheticaly pleasing from the outside. Our first glimpse of it was walking out of Union Station off the train and being welcomed by the CN Tower and the home of the Blue Jays. The building is hunkers down into the ground (more on that later) and really doesn't lend much to the eye.

Though, will say, from the sky, the dome definitely adds to the skyline and the overhead shot of the city. That's about it. Other than that, Rogers Centre ain't offering much.

Though, much like Safeco Field and Wrigley Field, there is a certain niceness of the stadium being accessible via walking to most of the nearby fans and attendees of the stadium. It's nice knowing you can hop of a train, or really, just full on walk to the stadium. I loved that Seattle, and of course, the overwhelming charm that is Wrigleyville and it's ancient city block set-up.

The inside is where the Rogers Centre is memorable. For starters, it's really cool (and odd) that you go down the ramp if you have lower bowl seats, which is what we had for our first game. And much like the older buildings, the Rogers Centre really separate the bowls due to the press boxes and such. 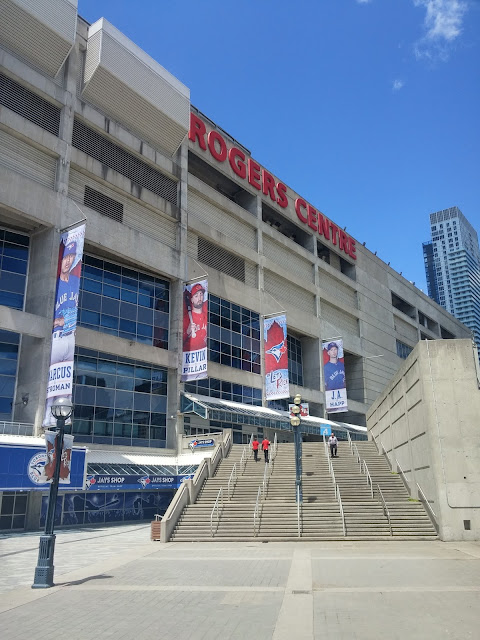 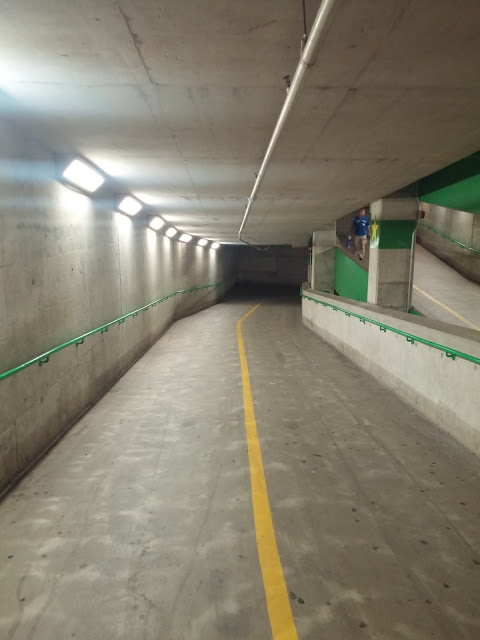 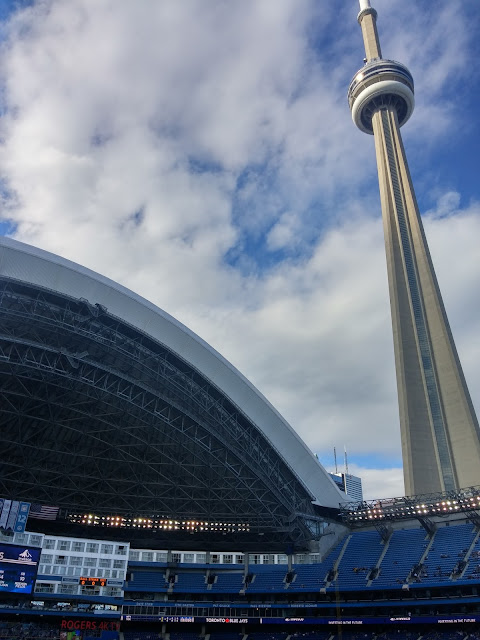 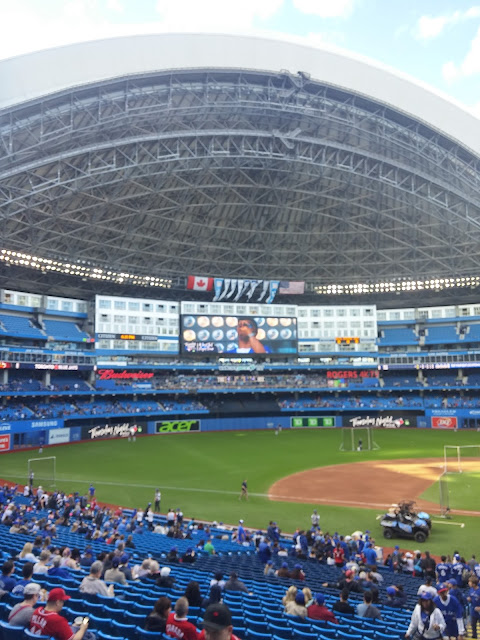 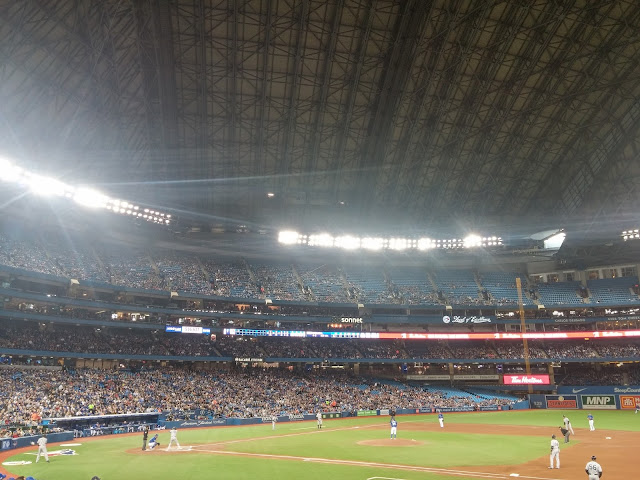 The overwhelming blue in the stadium is fantastic and gives that tunnel walkout awe unique to each stadium. I also enjoyed the Thursday night live band playing during batting practice and before the game. It was a nice touch.

Where the Rogers Centre shines is from it's fans. Blue Jays fans are passionate (as you probably already know). When the roof closes, it gets LOUD in the building. And by the way, I've been to two new stadiums this year (other being Marlins Park), and there is something nice (staying away from bad weather) about it, but for the most part, watching baseball indoors carries an incredibly odd feeling, especially when the ball is in the air.

Finally, the seats are on the small side. Trust me, as a 6'5'' guy, it's a tight squeeze. NOT Dodger Stadium tight though, which is outright unlawful in today's world.

All in all, Rogers Centre is an OK stadium. It's nice, and carries some nice attributes for what it is, but if I had to be honest, is toward the lower end of my growing list of stadiums I've been to.

Regardless, I love the city of Toronto (Like really love Toronto), and will definitely head back there. After all, it's only an hour flight from NYC.

Rogers Centre. Boom. Did it.