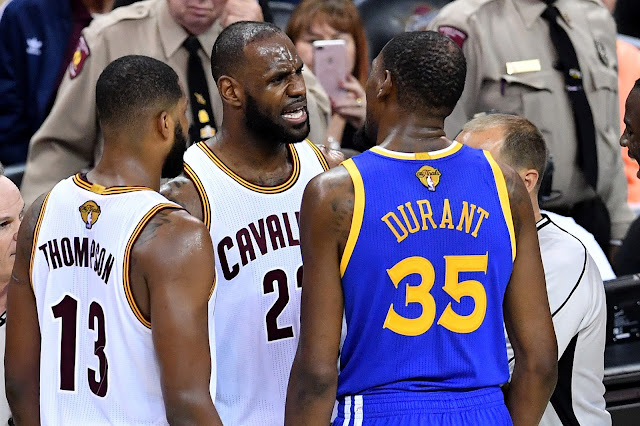 The NBA Finals are over and I can't say that I'm surprised. Really, is anyone? The Golden State Warriors are your NBA Champions. The victory feels - of course, expected - but also, as if we watched the long drawn out process of the inevitable. Because, it was. This whole season simply felt similar to when you have an almost unrealistic team in Franchise mode of [pick your favorite sports video game here], and you simulate the season. Sure there is that chance you can lose, but let's be honest, the likelihood of that happening is slim.

Sorry for the video game analogy. But, after all, it's quite accurate, isn't it? Because the Warriors roster is just that...videogame-like.

Regardless, the conclusion of the Finals brought about several thoughts from yours truly. Like everyone has already does, here are some quick reactions: 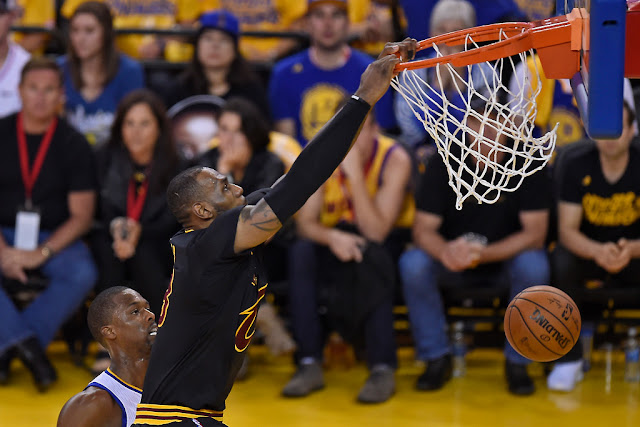 GOAT IS DEBATABLE, BEST IS NOT

I know it's the sexy thing to do in constantly discussing who the best basketball player on the face of the planet currently is. And with that sexiness, is the obsession we've had in fine-combing through LeBron James' career every opportunity we get in the sports talk world.

However, let's just be clear, LeBron James is the best player in the world. There can even be a case for overall best athlete. Honestly, the greatest of all-time is something we can seriously - like, for real, for real - discuss now. I don't think he's quite caught Jordan, but he's closing in.

LeBron over Kobe. Yes, deal with it.


You know who is not the best? Everyone else the media, sports talking heads, and the social media ranter who wants to sound like the smartest guy in the room (or on your feed) is making a case for. Not Steph Curry (Remember when that was actually a discussion last year?). Not James Harden. Not Russel Westbrook. And yes, not even Kevin Durant. Durant is good, but LeBron is other worldly.

For some reason, every year, collectively we are so wrapped up in attempting to find the next guy to make a case for dethroning James rather than enjoying every second he is on the court doing amazing things. You know, like contributing towards averaging a triple freakin' double in the NBA Finals! Just saying...

But for some, haters gonna hate.

One last hot take from me - LeBron over Kobe. Yes, deal with it. 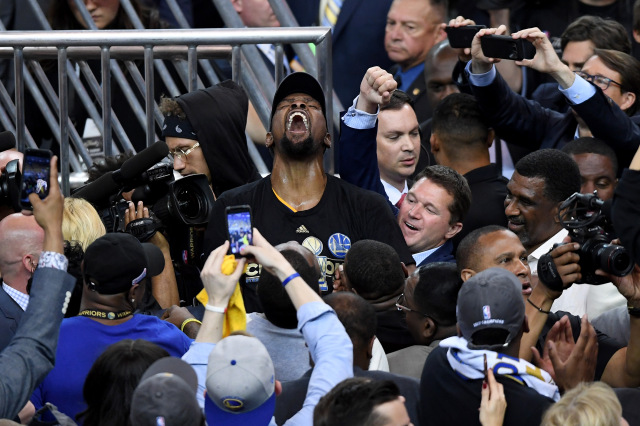 TAINTED IS TOO STRONG, BUT IT AIN'T RIGHT

Count me in with the group that still hasn't come around on this very championship defining Durant's legacy. I have always been of the belief that championships are just that, championships - hard to come by, and really, still earned. But there is just something that still doesn't carry Durant into a new pantheon of NBA competitors.

It's almost feels like he deserves half credit for this one. After all, the optic (and reality) of him leaving for a team that had a record setting seventy-three wins before he arrived, as well as a team he and his former teammates had on the brink of elimination with a 3-1 lead, just still looks terrible. It feels terrible.

I still believe a championship in Oklahoma City would have felt more authentic and more organic than this one did tonight. I hate comparing titles, but I'm pressed NOT to believe Durant would find an enormous gratification in an OKC title.

And as cool as Nike commercials are, and the one that aired for KD following the championship was, I'm sorry powerful-marketing-sporting-apparel-company, it still didn't do enough to change the narrative.

With all that said, kudos to Durant, he played terrific. Despite the gorilla in the room regarding how he got here, he was well prepared and eager for the stage. 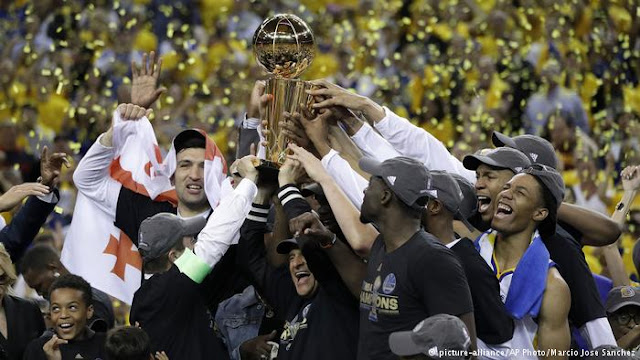 Despite the criticism the fellas from the Bay Area receive, it is utterly tremendous to watch the style of basketball they play. It's fun, it's entertaining, and it shatters everything conventional and traditional we've been led to believe about basketball at the highest level - shooting teams can't win it all.

Well, bump that. Because these fellas and their ball movement defy it all, and they have really put some significant pressure on the rest of the league to do three things: 1) Stop them; 2) Find a way to replicate this style, and 3) Acquire the talent to accomplish the previous two things. Good luck.

Which leads me to... 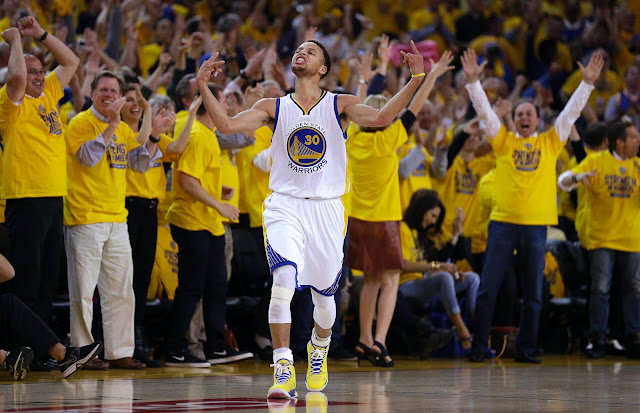 WE HAVE A SPECIAL SET OF SKILLS

Who in the heck is going to beat the Warriors?! I understand games aren't played on paper, but from their 15-1 and one record this postseason, no team is even close. Check that, no team is even in the same solar system! That is damn impressive, and at the same time, horrendous for the NBA.

For fans of the other twenty-eight teams besides the Cavs and Warriors, what is there to look forward to? As a die hard Knick fan myself, what's the point or purpose in me caring? I already dreaded the worst each season before this run, now I KNOW we don't have a chance until say, maybe, ten years from now? Sorry, that's what Knicks fandom does to you?

I understand this has historically been the NBA's thing with only a few teams truly having a shot so-to-speak, but in today's competitive entertainment market, what's keeping other fans invested? Sheer fan hood?

By the way, I'm not looking forward to the upcoming weeks for Knicks Basketball. Can you tell? 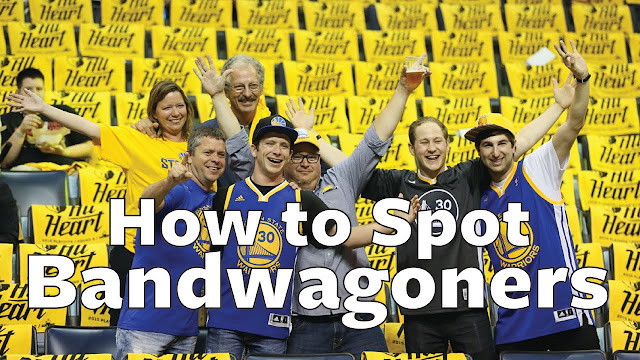 As expected, we now have plenty of Warriors "fans" everywhere. Just here in the New York City, I've seen more Warrior jerseys than ever before. I get that there are plenty from the Bay Area here in NYC, but where were these same people prior to 2015?

Are these fans remnants from the Miami Heat last run? Ah yes, remember "die hard Miami Heat fans?" They were possibly the same people who were "diehard Boston Celtics fans".

If you are bandwagoning the Warriors at this point, shouldn't you just give up on fanhood altogether? 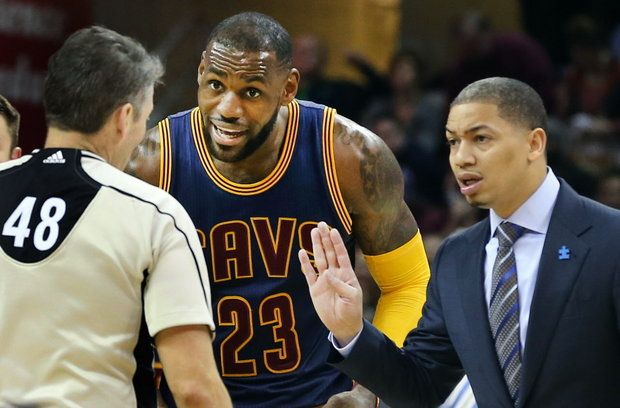 What was up with the shadiness surrounding technical fouls and ejections? We saw the changing of technical fouls in the official book (ummmmm, you CAN'T do that!) and of course, David West post his kissy yet so tough altercation with Tristan Thompson, avoided a technical foul and ultimately, from being removed from the game.

It's a very bag look by the NBA who clearly did want to lose stars on their biggest stage. 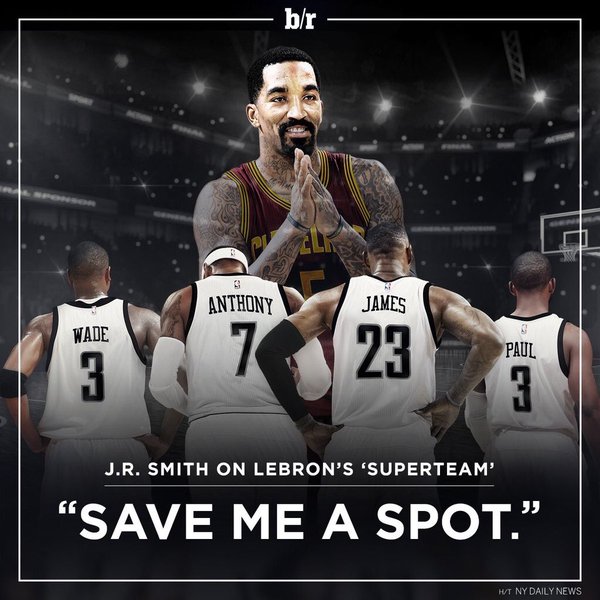 YOUR ENEMY IS MY ENEMY - SUPERFRIENDS COMBINE!!!

In this sudden era of "Super Teams", am I the only one who believes LeBron, Chris Paul, Dwyane Wade, and Carmelo Anthony when they say they want to play together before their careers are over? And sure, throw J.R. Smith in there, because why not?

With this sudden juggernaut in Golden State, and the state of all four as of this moment, is it that crazy to think they'll try to make this happen?

That NBA Finals would be very interesting (I still don't think it's enough).

On the other side of things, what if Karl Malone, Charles Barkley, Patrick Ewing, John Stockton, and Reggie Miller joined forces to wipe out those evil Chicago Bulls and the dark Lord of them all, Michael Jordan? I'm not sure MJ and Pip could have overcome that.

Maybe Durant understands it all...

One half credit ring is better than no ring.