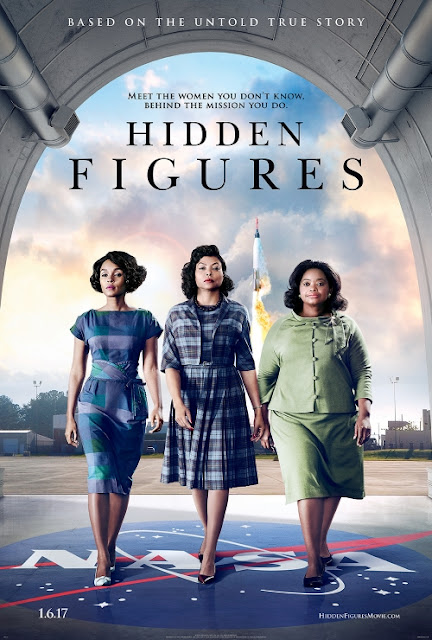 The true and untold story of four black women and their role and contribution towards growth in the early years of the United States Space program.

After being asked where she was for the last forty-minutes, Katherine finally explodes in a heart felt and passionate outburst unveiling the burden of segregation on her unbelievable potential.

Vivian Mitchell: Despite what you may think, I have nothing against y'all.
Dorothy Vaughan: I know, I know you probably believe that.

Of course, Hidden Figures, as lauded during awards season, is a really good film. Tremendous (and terribly underrated) talent floods the film, and the story from the very beginning has you hooked. Also, the soundtrack is killer.

But really, what gravitates me to this movie is the obvious question - why hasn't this story been told more often?! Or at the very least, taught in schools? Well, we know why - racism and sexism, but I'll leave my social justice interests out of this. But really, this is the most remarkable part about this film - the untold story.

If you are uninformed - like I was - please sit down and watch Hidden Figures. It's a tremendous film, with a tremendous story, that has an overwhelming impact on the way we look at our history - our real history. Give it a watch.