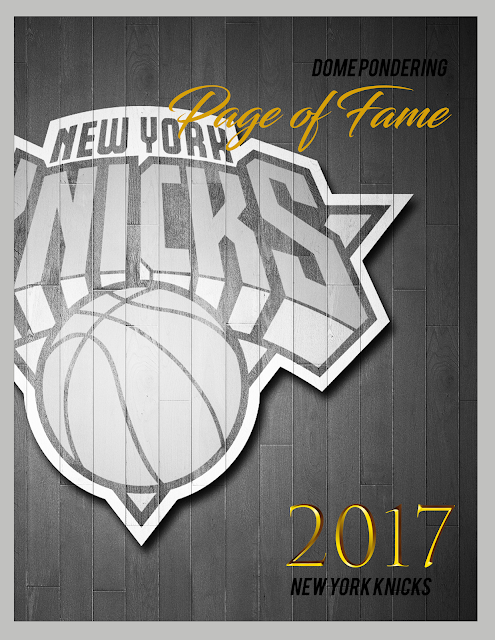 They're not even my favorite thing in sports (obviously, the New York Yankees and the game of baseball is), but there is no denying the impact my fandom of the New York Knicks has had me over the years, and overall, throughout the lifespan of this blog. You can search through out my tiny slice of the internet that is called Dome Pondering, and here you will find countless rants and reactions to whatever mess this team was currently in.

A franchise always in peril, with the recources to be something truly great if it had competent management (see: 2015 Page of Famer, James L. Dolan), the Knicks have always been a fascinating project to follow, an inspiration to punch the keys on, and for this basketball fan, a nightmare to have given his fandom to as a little boy.

But you know, instead, the Knicks will give us dumb trades, awful draft picks, constant shady public relations management, a lack of vision, constant rollover, the occasional court case, memories of Isiah Thomas, the Phil Jackson years, and yes...Jim Dolan.

Expect many, many more Knicks rants in the future.

But for now, this franchise has definitely earned it's place on the DP Page of Fame.