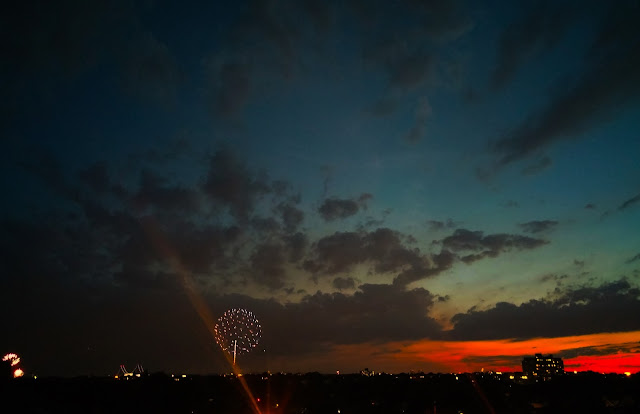 I love summer nights. It's been a trying summer, and one of immense growth. But as always, sitting on my rooftop and watching the many fireworks displays across the city leaves the mind and imagination in awe.