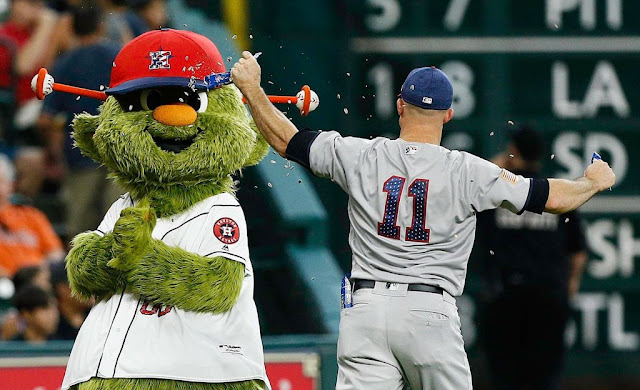 It's been awhile, but I am back with another Dope Sports Threads piece. I've been caught up in the highs and lows of this Yankee baseball season which has been a whirlwind of emotions. We're actually good! Maybe we weren't THAT good! Ah well - Yay Judge!

Nonetheless, as baseball has now done - and in my opinion, better than the NBA - they've taken advantage of the Holidays and opportunities on the calendars to offer different trends, looks, and gear. People like me love this stuff!

Of course, there is the week to come in September where the players will be allowed to wherever whatever - YES! - whatever they want. We're talking nicknames on jerseys and such. Cue to the "baseball is a holy grail" section. Can't wait to hear and read all of the complaints, because we know they're coming.


For now, July 4th weekend brought some pretty awesome threads, and I just want to share what I had my eye on.

First and foremost, are the uniforms. What started out as just hats as now evolved into full uniforms and some epic socks on display for July 4th weekend. I truly believe that this year has been the best uniforms they've come up with. The stars inside of the logos and numbers on the jersey are a really good look. 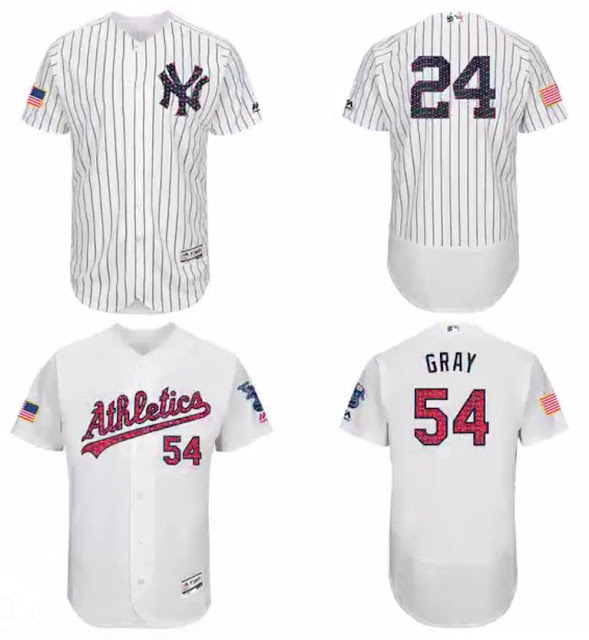 The elimination of the team colors clashing with the patriotic red, white, and blue are also a small tidbit that helps. Nothing was worst than seeing teams like the A's and Astros try to work our nation's colors into their unis. 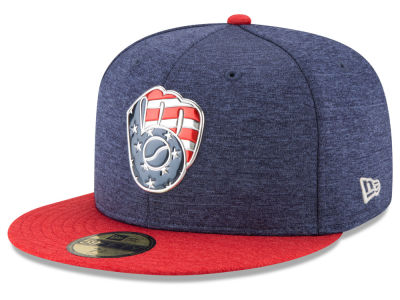 You know what wasn't a good look this year? The hats. Again, I get the red and blue, but they just didn't click. Especially, the red hats with blue brim. The logos just ended up looking all lost and became more of an eye sore, unless the team logo gave enough surface area for the stars and stripes to work. My favorite was the Brewers. Regardless, they need to go back to the drawing board for 2018. 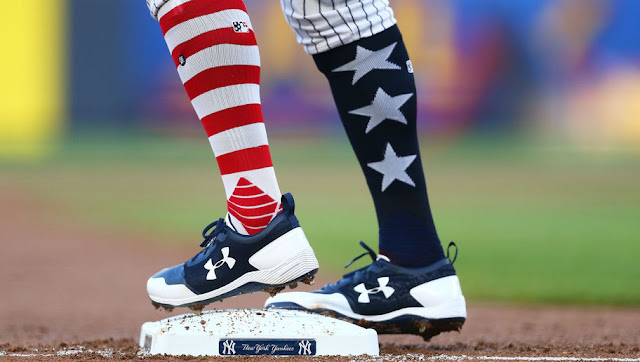 But you know what stole the show with these unis - the socks! The freakin' socks were AWESOME! I love that MLB is now all about sock fashion. So awesome. And so were these (and no, the stars on one side of the leg did not bother me). By the way, I also love the upcoming All-Star socks which we'll see soon! 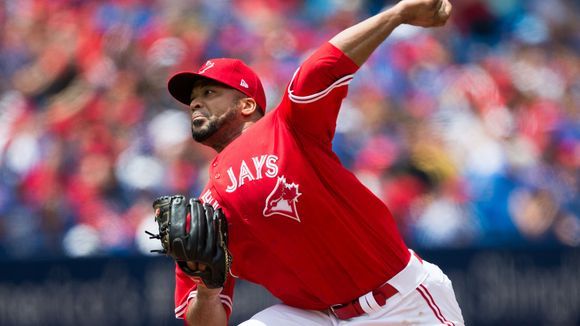 By the way, I'm throwing my idea out there, can we get the Blue Jays uniforms for Canada Day (July 1st) that simply reads "Canada" in Blue Jay font across the front chest? After all, they represent the entire country, man! 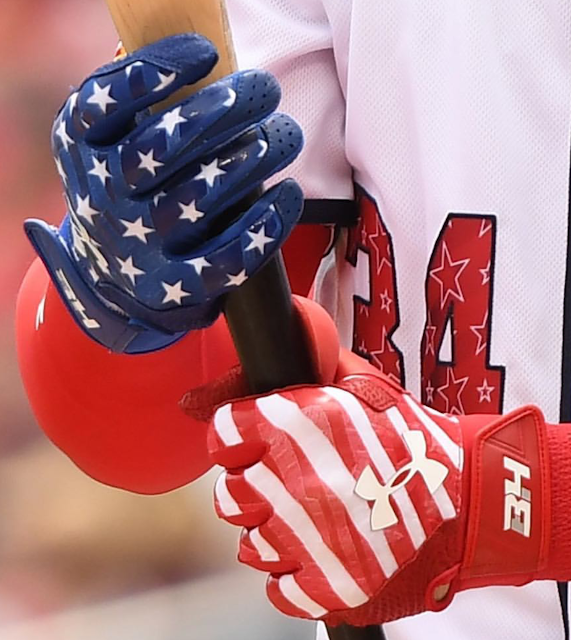 Some other things that were cool were the gloves of Bryce Harper. Keep making baseball fun again, young fella. And of course, credit to Under Armour who keep trying.

And of course, there is the footwear. There are two in particular that I still remember... 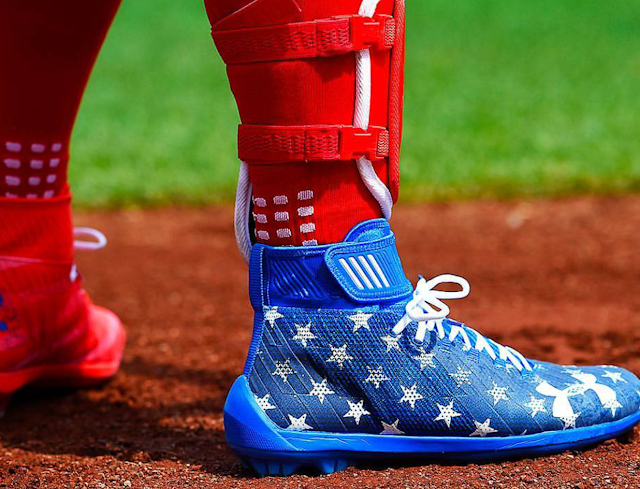 These are absolutely fire. Again, kudos to Under Armour with the creativity. If they want to close the gap on Nike and other apparel companies, these out of the box designs will surely help them.

And of course, my favorite July 4th kicks... 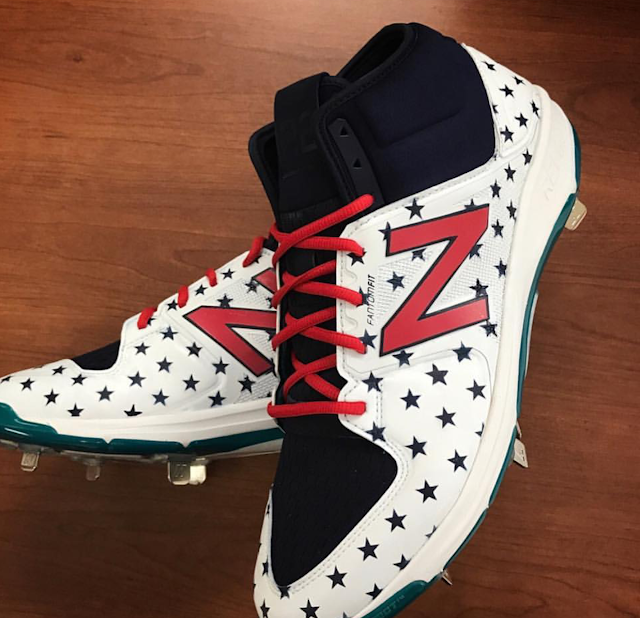 New Balance has slowly crept into the cleats game with in baseball, and various players have connected with them for their gear. These kicks for July 4th were simple, but so pretty. So, so, so, so pretty!