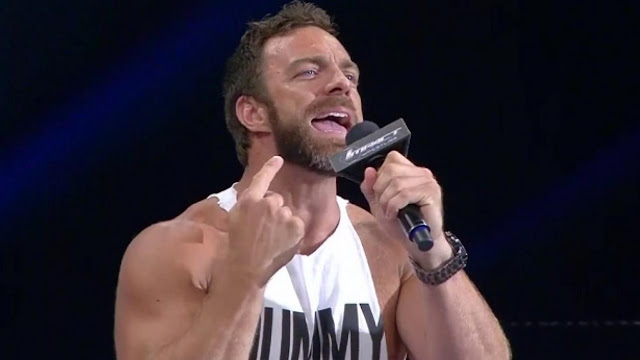 It's very rare in today's world of wrestling to see or experience something that is different, that is must-see, that is unbelievably different from everything in it, and entertainment around it. That's not a knock on the wrestling business, which is as strong and diverse as it's been a very long time - some may say, ever, but it's true. Wrestling today lacks unique personalities.

But for this fan, what once felt special in watching an episode of Monday Night Raw, or witnessing a world championship title change, or that excitement when your favorite wrestler's theme song hits and blares across the building and through your television, is few and far between.

We can get into criticizing booking, or decision making regarding wrestlers, or brand awareness, but the truth (again for this fan) is that with so many options of wrestling, it all just feels, well, the same.

I very much dislike being that fan who tries to play both sides of the coin. You know the type. The person wants everything that comes with being a fan, yet wants to arm-chair book and spoiler everything planned for his enjoyment with over criticism and analytics, while also wondering why they can't enjoy the product. Over the past few months, I've found myself putting distance between such fandom or over analyzation and just attempting to enjoy all of the products. It's been a much better experience to say the least.

But even with that, pro wrestling just feels flat. Too many of the wrestlers today just don't standout. There is a lack of ownership of individuality too often seen in today's world. Part of it is indeed wrestling fandom who also still live and die off of chants and customs from the 1990's, while wanting some sort of renaissance of counter-culture wrestling the way it was in that decade.

I'm sorry, those days aren't coming back, fans. It was special. Rare. A beauty to behold in it's time and place in history. And we need to stop making it seem that way. There were some special personalities and characters during those times that made special segments, that filled seats, that attracted eyeballs, and most of all, were must see because of a specific uniqueness.

With that said, enter Eli Drake. 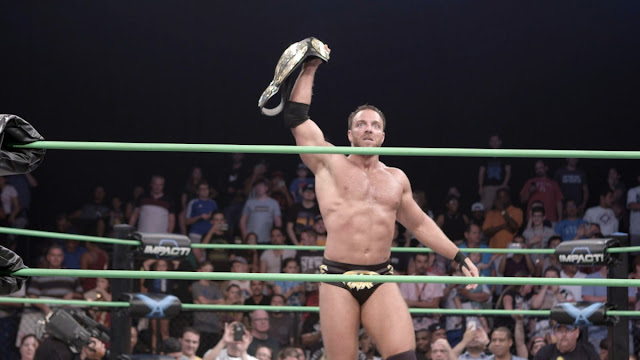 Since grabbing a microphone, Drake has had that something that used to be a big part of the wrestling toolkit - the gift of gab. And if we were preparing a scouting report for Drake, this would be his best attribute. The way he slings his catchphrases, the cadence of his speech delivering his name in syllables and pointing along, creating a clear signature gesture so essential to a successful wrestling personality, and of course, his ability to develop phrases (Dummy, yeah!) that are easily recognizable and synonymous with him. That's money. And if you look over the course of time, that's not easy to do. But he's done it along his rise to the top of GFW.

But seriously, Drake offers a fresh and new belief in pro wrestling with a clear cut blue chipper that fans are into (and of course, the internet critics love) that has been placed into the top spot of a company looking to grow. Imagine that? Especially for GFW, the former TNA, who has had a history of truly never giving the ball to their homegrown/discovered talent.

At 34, Drake is experienced enough to trust as the hood ornament of the company, while yes, still believing in the future. And truly, it's exciting. It's a rare combination of demand for Drake, yet, knowing that his very best to come is still in the future. The excitement of what's to come is the cherry on-top of what is becoming must-see promos and appearances from the current champion.

It's still early to start making comparisons to the greats of the future, but in a world where few guys really - like, truly standout from the others for the long run - Drake is carving himself a nice little niche in the wrestling world.

Personality. Expression. A touch of underdog internet love (always a plus). And yes, potential.

Right now, I'll take that over any "five star match" or flip in pro wrestling. In a world of over saturation when it comes to pro wrestling hours per week, there are VERY few wrestlers offering must-see segments.

Eli Drake...excuse me, Eeeeeeee-Liiiii Drake is one of them. I just hope GFW continues to offer that platform and handles his rise with the utmost needed intent for development. I also hope Drake continues to develop as a performer with more responsibility and the additional TV time. It's a tough challenge to meet, but pro wrestling needs it - needs him! Like, in the worst way.