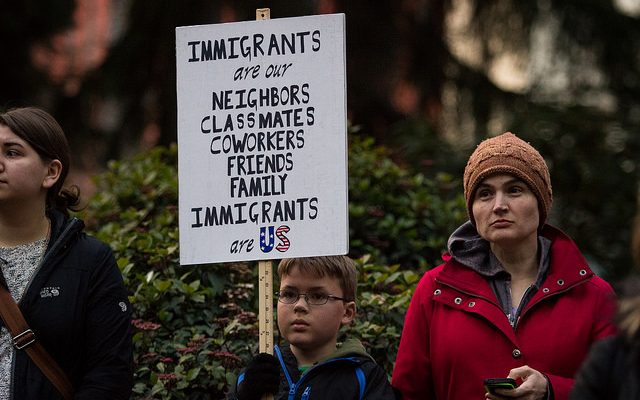 Forgive me, but I just don't understand.

I don't understand how a President can repeal an act he deems unconstitutional, but believe in this action so much that he sends his Attorney General to make the announcement - then hours later, attempt a backtrack by "giving Congress 6 Months" to legalize it.

I don't understand how a President, who ran under the oath of Christianity and God, can somehow find it in himself to continue to regulate and deregulate policy that is offensive, bias, and a clear message to people of color, that they are not of importance to him.

I don't understand how a government can work for only some of the people for as long as it's existed without repose.

I don't understand how some within the Christian community continue to rally behind this in the name of faith.

I don't understand how little the Christian community has done in the wake off these government decisions and the various statements of hate claiming to be done in their name.

I don't understand how a President can, with one decision, fail to understand the vulnerability he has caused in the life of so many who have done nothing but chase the "dream" our nation obviously falsely advertises.

I don't understand "justice for all" in this country.

I don't understand the fine print in immigration reform, policies, and social standards among some in this country as really meaning - only for white Europeans.

I actually don't understand the extent of which white people and their privilege must go - are they never satisfied?

I don't understand how Dreamers can get any type of sleep tonight.

I don't understand how I'm supposed continuously hold thoughtful conversations for my students when it's so apparent that there are not various sides to this situation - just once again, right and wrong.

I don't understand what I'm supposed to say to those students who are Dreamers at the institution that I work at.

I don't understand what anyone in favor of this DACA removal would say to the face of a Dreamer tonight.

I don't understand how some overlook a President who has not yet denounced white supremacy, and still refuses to do so.

I don't understand what some, who voted for this President, must currently think. Do they regret it?

I don't understand what it would take for you to do so.

I don't understand conservatives who sold out on their beliefs. For what? Loyalty to a political party?

I don't understand why this President is so enamored with the former President.

I don't understand how everyday - EVERYDAY - there is something new with this administration that is disheartening or head scratching.

I don't understand how some become enraged when an individual doesn't stand for the national anthem, their opposition obviously in the name of Patriotism and Americana, yet, they don't find equitable value in saving the lives of 800,000 Americans who contribute to this country.

I don't understand the constant fabricated ideals of what we believe America is, compared to what it actually is.

I don't understand our obsession with the belief that immigrants take our jobs.

I don't understand how you can blame someone who just arrived in a new country with no contacts, and possibly no handle of the language, for taking your job.

I don't understand how day in and day out, a President can alienate me, my family, and my experiences, and make me feel as if I myself am in a land that is not mine.

I don't understand how many validate, support, and approve that very feeling for people that look like me.