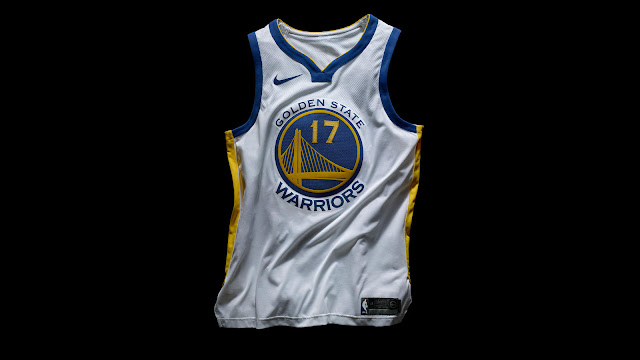 When Nike was announced as the new provider of the NBA uniforms, formerly designed by Adidas, I was very intrigued on what the super creative company would do. The team of Adidas and the NBA always felt a little...well, off. Nothing wrong with either brand, they just don't seem like a good fit for one another. Hence, we got jerseys with sleeves and such under their term.

Go back to soccer, Adidas. It's where you shine.

Enter, Nike. And this is the perfect fit for the NBA. And thus far, the designs, names of uniforms, and feel for the upcoming aesthetics within the NBA is awesome. Again, Nike just doing Nike things.

With the the new uniforms, as always, here are a few notes on the latest: 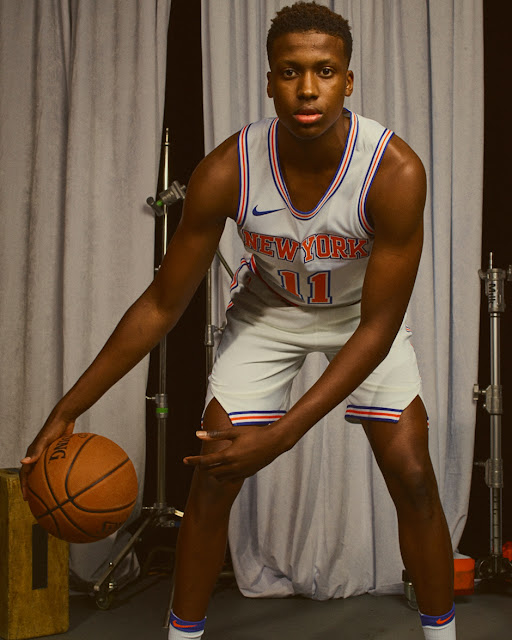 First and foremost, I'm a little disappointed in what they did with my beloved (and pain in my ass) New York Knicks. I was a fan of the recent uniforms, but the slight changes by Nike seem to have included more white in the jersey, including larger white borders on the numbers, and an additional white stripe in the lining. For me, it's cool, yet, eh - I guess depending on how I feel when I take a new look at them.

I do like the added touch of the round "Knicks" logo on the belt buckle. 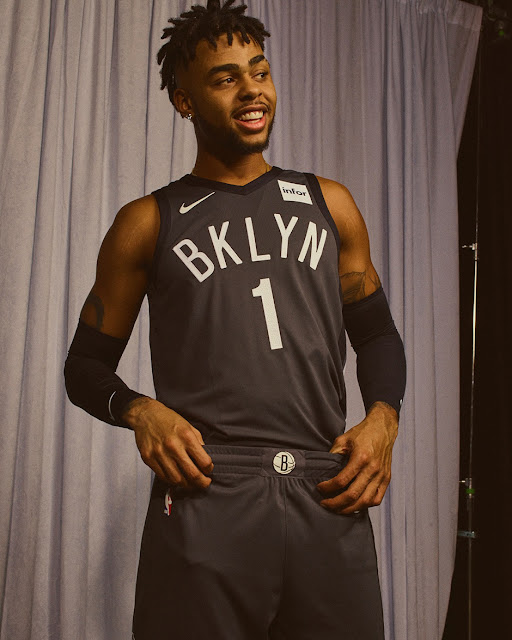 Staying local to start things off, I have to admit, the Nets got some sweet threads from Team Swoosh. I of course gave my heart to the blue and orange too early in my lifetime to switch allegiances, but if I were a Nets fan, I would cop these jerseys ASAP. 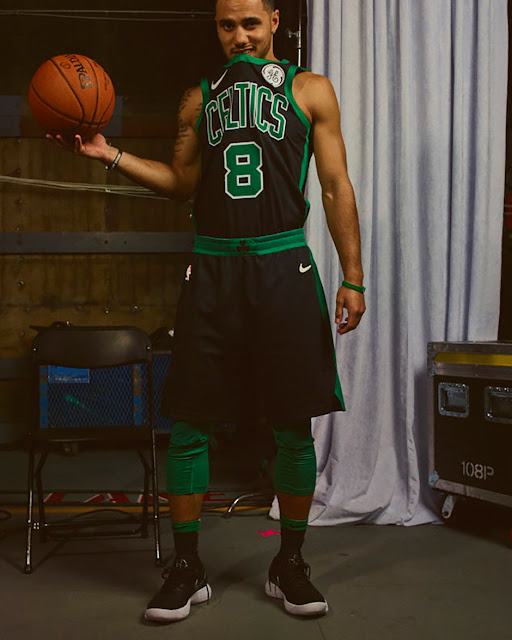 Swinging back on the pendulum are these unis for the Boston Celtics. Sure, as a New Yorker, I couldn't careless for Boston teams. However, black in sports uniforms are so 1990's. And well, do the Celtics and all their rich tradition really need a change? These make me just as confused as those white and black Lakers jerseys. 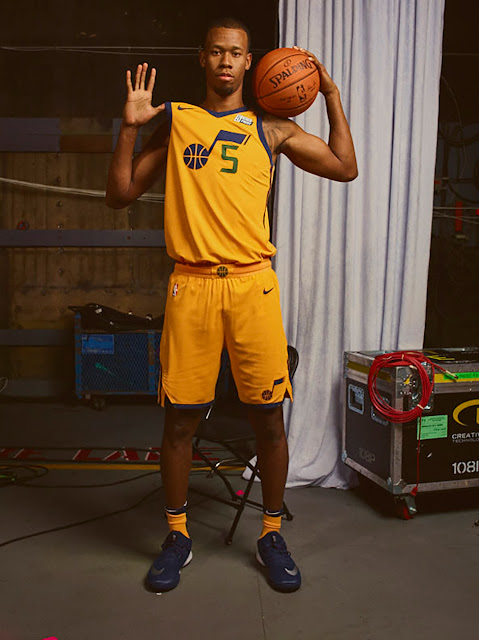 Speaking of makeovers, Nike just made the Utah Jazz cool. Heck, Nike just made Utah cool. No need to remind everyone you live in Utah, or that you represent Utah. The usage of the yellow and the music note is so dope. And yes, I was joking on the Utah comment. I hear it's lovely there. 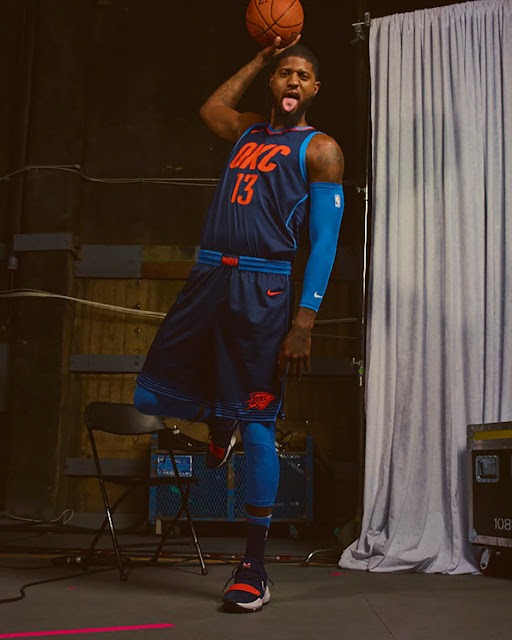 Another well done job are the remade unis for the Oklahoma City Thunder. Now they won't look like the Knicks on the road. A much cleaner, sleeker, more identifiable look for the squad. 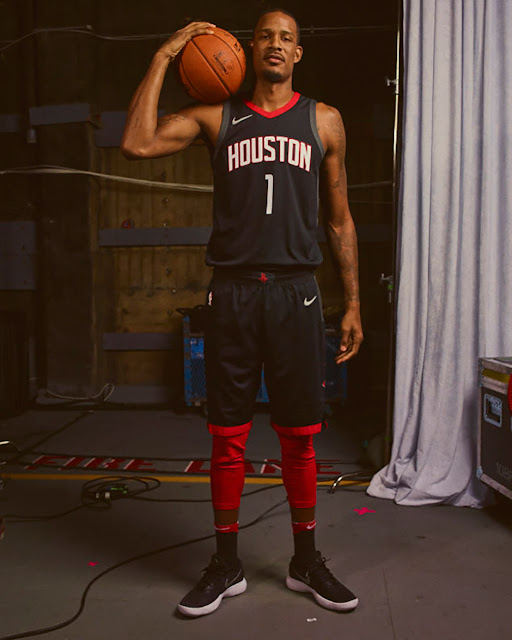 I enjoyed what Yao Ming did for the league and continues to do for China, but it was time to let go of those Chinese-inspired uniforms. Now in the era of Harden, it should resemble just that. Speaking of Harden, I wonder how the Adidas and their $200M endorser will hide those swooshes all over him. 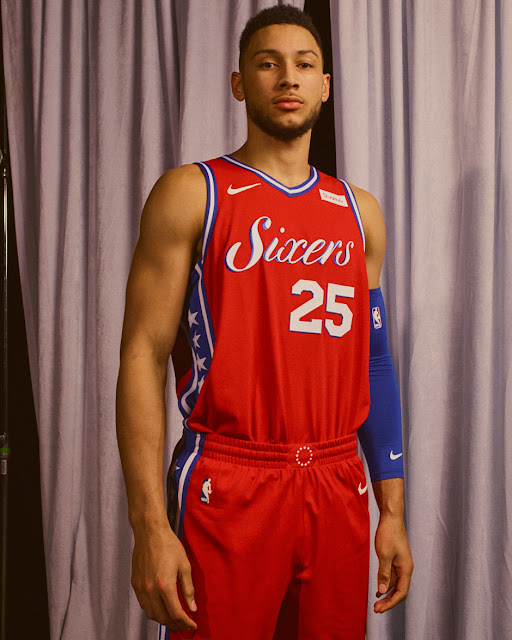 Not only are the Sixers trusting the process and should be rewarded by it this year, they'll be looking pretty awesome with young and exciting players rocking these sweet things. Awesome, awesome job. 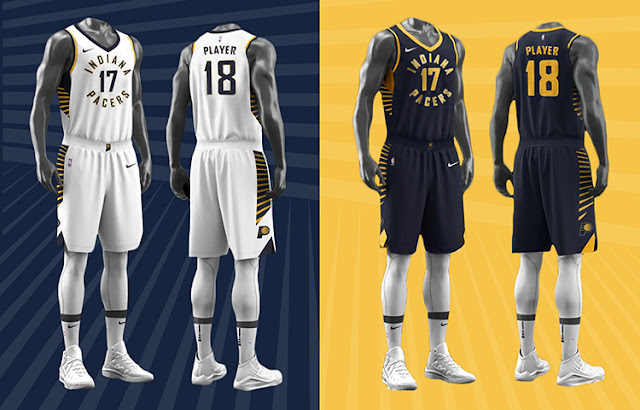 And my absolute favorite uniforms under the new Nike era? The Indiana Pacers. I just love the side panels, and the round format with the number in the middle is so old school, it just works so well for a state rich in the history of hoops. 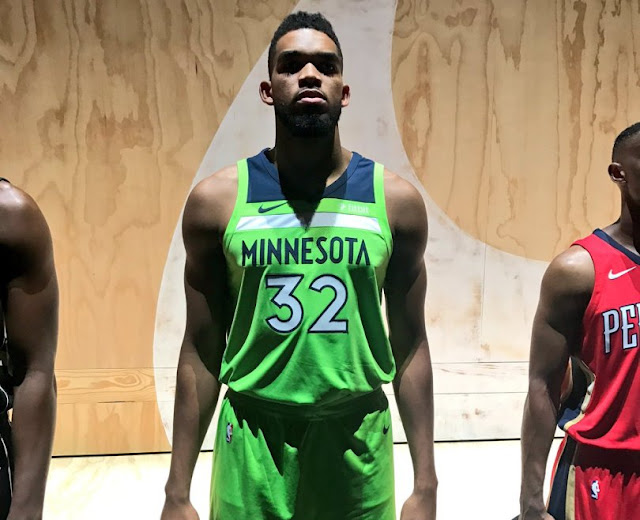 I have no idea what to say on the new Minnesota Timberwolves jerseys...

I'll leave it up to you. Don't be shy to drop me a line or thought on these over on Twitter.