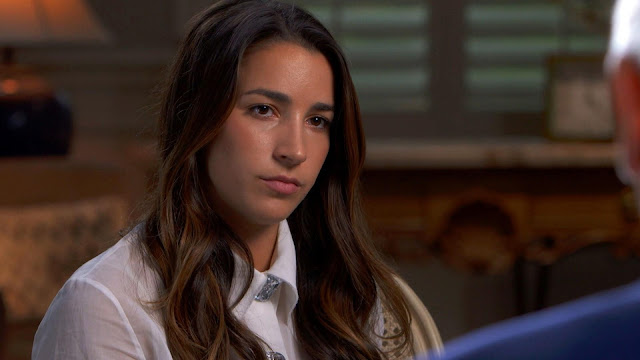 1. Aly Raisman - Following the bravery of Mckayla Maroney and others in the #MeToo campaign, Raisman has stepped forward as the charges pile up for sexual abuse by former USA Gymnastics doctor, Larry Nassar. By the way, shame on USA Gymnastics for continuing to allow this culture. I shudder to think what else lies in the world of Gymnastics.

2. New York Times - In a world where journalism - real journalism - is becoming harder and harder to find, The Times continues to break stories left and right, and did so again this week with the Louis CK piece. I think we all are tired of journalism wrapped in identity politics, and yes, even "fake news".

3. Kristaps Porzingis - Obviously, you all know how much I love the Unicorn. But seriously, how enjoyable is he to watch? And barring injury, he can only get better. Melo, who?

1. Sean Hannity - Seriously, I don't even know how this guy sleeps at night. And really, I'm not even sure what kind of person follows this guy. His comments this week were exemplary of that. But that's 'Merica! Ugh...

2. Louis CK - It's disgusting, yes. And just another story of the continued revealings of Hollwood's problem with sex and power. But I will say this, I give Louis CK some credit for admitting it, acknowledging it, and owning it unlike the many others. Still doesn't let him off the hook though.

3. Youth Football - This one wasn't really in the news, but I watched a major youth football game this week for two minutes. While standing there, I saw both teams come out of huddles and lineup in unison. It was awesome to watch boys have such discipline...until the play went off, and a defender launched himself into the ball carrier, colliding their helmets, and creating a loud "Whack!" A few moms turned away but then clapped for their kids, and kid's team. Me? Utterly disgusted.

But that's just me. I can't support the sport any longer knowing what we know. Too hard to watch.