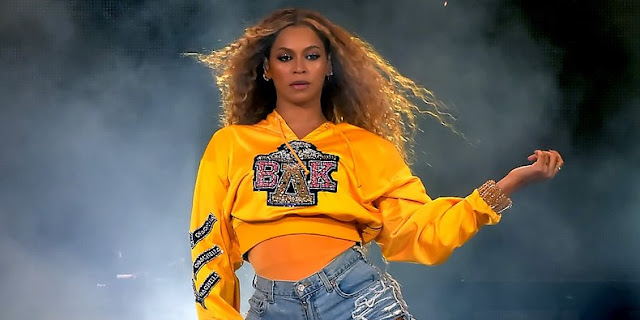 1. Bartolo Colon - Mannnnnnnn, this dude at 44 years old and at who knows how many pounds overweight, almost threw a perfect game against the defending World Series Champions on National television. Bartolo, don't you ever change.

2. Beyonce - I probably could just leave this "UP" as just "Beyonce", and really, most wouldn't even bat an eye at it. Regardless, she earned it this week, slaying as always. Beyonce killed it at Coachella with some awesome performances, reuniting with Destiny's Child, and of course, making history as the first black woman to headline the festival.

3. New York Mets - Even this Yankees fan has to give it up to the Mets and their hot start. They are playing some fun baseball, and well, it's backed by those big arms they need to rely on. Kudos to the Amazin's!

2. Syria Attack - Ugh...I just really dislike all of this droning and bombing. We never hear of the innocent lives taken in this attacks by powerful countries. Then again, the recent chemical attack isn't getting a pass here either. This sort of international affairs stuff always makes me so upset. Why?

3. Eli Marrero Home Run - Nothing like hitting a home run and running pass the player on base, just to have your home run now nullified. Ahhh, yes, welcome to replay in baseball. Still though, that has to hurt.