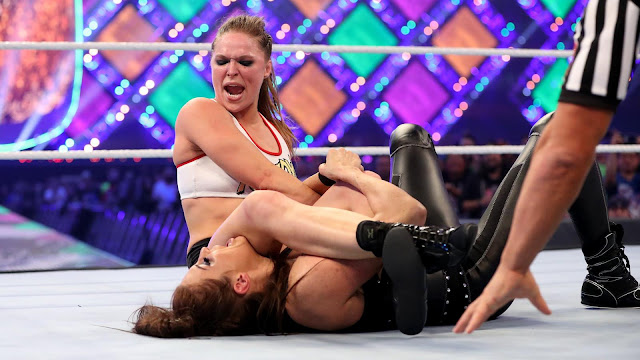 2. Black Panther - I haven't seen the film yet. Of course, I haven't been to a movie theater since January 2007. No for real, that's true. However, the money this film is making is incredible. See what happens when you include various identities into Hollywood?

3. Wrestlemania 34 Set - Yo, this deserved it's own "up" this week. That set was gorgeous. Easily one of my favorites. Kudos to the men and women who designed it, executed it, and built it. So, so pretty.

1. YouTube Shooting - Why is our culture so filled with mass shootings? I don't get this shooting (nor any of them really), but we've reached a point where these shootings are viable options for those with disgruntled agendas. So sad and sickening.

2. Humboldt Hockey - This was such a horrific story to read this week. As someone who works in college athletics, students are constantly on buses and other travels. Such a tragedy is unspeakable and so very sad. Even more so when considering how tight and how passionate that small town is about hockey. Again, so, so sad.

3. Jimmy Kimmel and Sean Hannity - These two clowns went back and forth on Twitter in what is a perfect example of why it's easy to really dislike politics in this country at times. Such a clear example of identity politics for the sake of being on a "side".