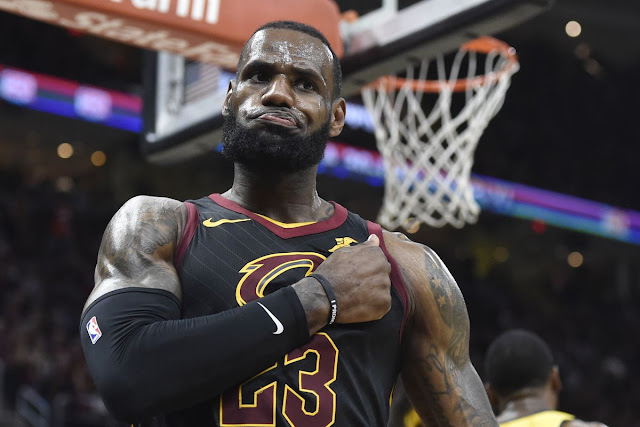 1. LeBron - Yo, whoever doubts or speaks down upon this guy's abilities should be banned from watching all sports - forever. LeBron once again - shocker - put on a show today in a Game 7.

2. Weather Forecast - Whoa! Is that 70+ degree days I see ahead here in the Northeast? Even two consecutive 80+ degree days? Where are my shorts?!

3. Did Gregorious - Barring LeBron's un-human-like ability in basketball, is any athlete hotter than Didi right now?

1. Toronto Terrorism - This is sickening and just utter disappointing. So ridiculous.

2. Bill Cosby - Justice has been served. It's still so crazy how time and perceptions can change, especially when we think we know a person. Oh by the way...when does Harvey Weinstein get charged up for what he did?

3. Kanye - Look, the man is in fact entitled to his own opinion on politics. However, I find it rather odd he's acting all crazy with an album set for release very soon. But I do miss old Kanye, before the mainstream fame, Kardashian influence, and all of this nonsense.

1. Titus O'Neil - He's taking it like a champ, but wow, that fall will live FOREVER in wrestling lore. For real, forever. I can't stop laughing at it. And I keep watching it on repeat. Damn, Titus.