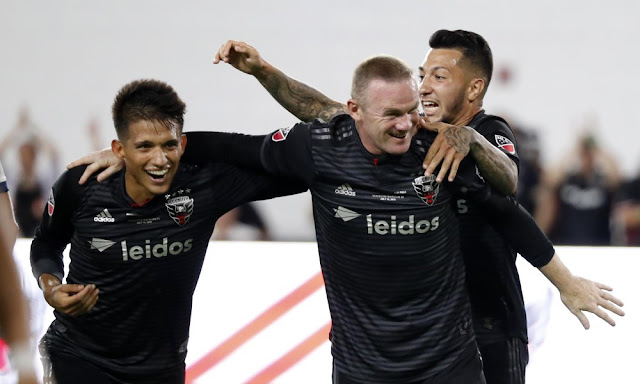 1. ROH/ NJPW & MSG - I know, that sub header reads like a crazy jumbling of acronyms, however, kudos to Ring of Honor and New Japan Pro Wrestling who sold out Madison Square Garden this week. The first sold out show at MSG by a company other than the WWE. If this isn't evidence of the massive change within the wrestling business in 2018, I'm not sure what it is.

3. Wayne Rooney - Speaking of insane plays, how about Wayne Rooney continuing to do Wayne Rooney things in MLS with this insane clutch play. The placement on that cross was just crazy.

1. Unite the Right Rally - It's still insane to me how these types of rallies are still so common. Especially after Charlottesville last year. But yet, here we are. SMH.

2. Laura Ingraham - I don't even consider some of these talking heads on cable news legit anymore. What bothers me is not what they say, but the viewers who follow them and take the hyperbole comments as serious - on both sides - for and against. Damned be everything - racism and xenophobia included - in the name of ratings and party affiliation.

3. Omarosa - Yes, the President hired her and put her in a position we all know she shouldn't have been in. But even me, someone who is not a fan of this President, found her secretly taping the inner workings of the White House to be unethical. Especially now that she is going to profit from it.