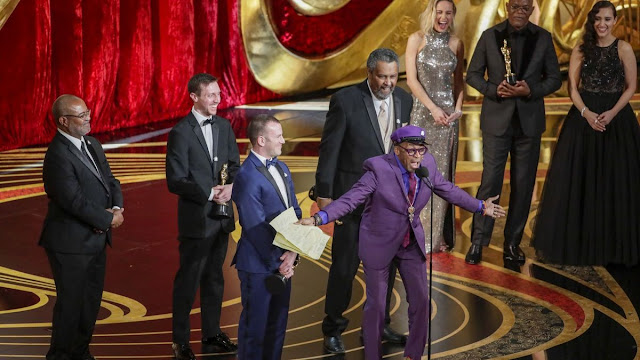 1. Recording of Cop Playing w/ Girls - You know what's really crazy in the relationship of marginalized communities and police offers? The lack of understanding that other groups outside it regarding the fear and conflict that is historic and runs deeply through it. So when a story like this one comes around, it's awesome. There are so many good cops out there - unfortunately, we don't raise them up enough.

2. Sand Diego Padres - Sure, Manny Machado got his $300M. However, much props to the Padres on making a big splash...and oh yeah, there could be more in a possible Bryce Harper signing. That would be absolutely awesome. I'm hoping that happens. I really do.

3. Oscar History - I didn't watch the Oscars (eh). But kudos to those who made history tonight during the event. I didn't see Green Book (I guess, I'll check it out now?), but Black Panther and Blackkklansmen were indeed my favorite films of the year.

1. Samuel Joseph's Death - This destroyed my week. It really, really, really did. A local tragedy here in NYC - honestly, just mere blocks from where I live - of a 15 year old kid's life snuffed out for no reason. Maybe it's because I'm a father now, but this stuff hits me hard, and keeps me up at night.

2. Robert Kraft - SMH. It's very interesting how this is being perceived. Money and privilege go a loooooooooooooong way in our society. Why a late-seventies man worth billions of dollars needs to get caught up in this is mind numbing. And really, says plenty about his character.

3. Jussie Smollett - Dude, you're the worst. Seriously, the worst. And yes, I wanted to give one more down to him for this whole ordeal. Go away.